NEW JERSEY – New Jersey employers added modestly to their payrolls in January while the state’s unemployment rate ticked up for the month, according to data produced by the U.S. Bureau of Labor Statistics (BLS). In addition, previously released estimates for 2020 underwent annual benchmark revisions and were also released.

Preliminary nonfarm wage and salary estimates for January 2021 show an increase in total nonfarm employment of 900 jobs over the month, reaching a seasonally adjusted level of 3,865,800. The gains were recorded in the private sector of the state’s economy (+3,200). The state’s unemployment rate rose by 0.2 percentage point to 7.9 percent as more residents entered the labor market in search of employment. See the technical notes at the end of this release for information about the impact of the coronavirus on this month’s employment estimates.

The benchmark process, a required annual review and adjustment of previously released employment data at the state and metropolitan area levels, re-anchors monthly, sample-based survey estimates to full-universe counts of employment, primarily derived from records of the unemployment insurance tax system. The results of the latest annual benchmarking adjustment process — conducted by BLS each year at this time for every state — indicate that the over-the-year (Dec. 2019 – Dec. 2020) change in total nonfarm jobs was revised to a loss of 341,700, a greater decline from the previously reported loss of 336,400.

Benchmarked data show that initial preliminary estimates had overestimated the size of the decline of total nonfarm jobs in the state between February and April 2020, when the brunt of the coronavirus pandemic and measures taken in response to it hit the state. The revised estimates show that between those two months New Jersey had lost 717,200 jobs, or 17.0 percent of the total number of nonfarm jobs New Jersey had recorded in February 2020. By comparison, previously released estimates had indicated a two-month loss of 831,800, or 19.6 percent of the state’s total nonfarm level as of February 2020.

At the same time, benchmarked data also show that the recovery from the pandemic-induced low seen in April was less than previously estimated. The revised estimates show that between April and December 2020 New Jersey regained a total of 352,500 jobs, or 49.1 percent of the total number of jobs lost due to the pandemic and subsequent measures taken in response to it. In comparison, the national job market has regained 55.5 percent of the job loss.

Labor force estimates for New Jersey were also revised. After benchmarking, the state averaged an annual unemployment rate for 2020 of 9.8 percent, up from 3.4 percent in 2019. New Jersey’s rate was above the annual national rate of 8.1 percent for 2020.

29 deaths now reported in NJ due to Tropical Storm Ida 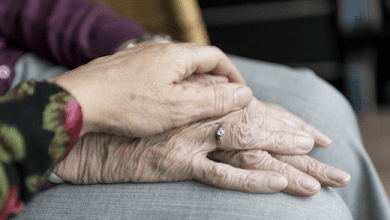