NEW JERSEY –  The new Department of Health building in downtown Trenton will be named after Health Commissioner Judy Persichilli, in honor of her past and ongoing service to the people of New Jersey during the COVID-19 pandemic, Governor Phil Murphy announced Friday.

“Each and every day throughout the pandemic, Judy has remained singularly engaged to save lives and protect public health,” Murphy said. “She has been the right leader for these times, and I could not be prouder to have asked Judy to serve as Commissioner two years ago. Now all those who pass through the halls of the ‘Judith M. Persichilli Building’ will be reminded of Judy’s selfless, honorable, and dedicated service to our state and its residents during the greatest public health crisis in New Jersey’s history.”

“From the day that COVID-19 hit New Jersey, Commissioner Persichilli has been standing on the frontlines helping to preserve the health and safety of every single New Jerseyan. She is a true humanitarian,” said Lt. Governor Sheila Oliver, who serves as Commissioner of the Department of Community Affairs. “Commissioner Persichilli’s tireless leadership and expertise in helping us emerge from this pandemic has been remarkable and I can think of no other person in the State who is more deserving of this honor.”

Following the passage of enabling legislation in the Assembly and Senate, the new Department of Health building will be renamed the “Judith M. Persichilli Building”. The state-of-the art-facility, completed in late 2020, houses Department of Health workspace and offices in downtown Trenton.

Commissioner Judy Persichilli began serving as Acting Commissioner of Health on August 5, 2019. She was confirmed by the State Senate on January 9, 2020. 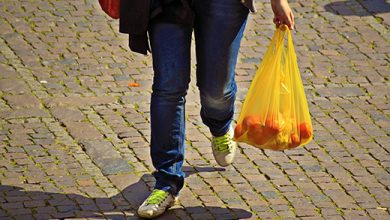