The Delaware River Basin Commission (DRBC) Thursday approved a final rule prohibiting high volume hydraulic fracturing (HVHF) in the basin. In a separate action, the Commissioners directed the executive director to propose amendments to update the Commission’s rules concerning importation of wastewater from outside the basin and exportation of basin waters.

Resolution No. 2021-01 amends the Commission’s Comprehensive Plan and Water Code to prohibit HVHF in the Delaware River Basin in order to control future pollution, protect the public health and preserve the waters of the Basin for uses in accordance with the Comprehensive Plan.

By a separate Resolution for the Minutes, the Commissioners directed DRBC Executive Director Steve Tambini no later than September 30, 2021, to develop and formally propose amendments to the Comprehensive Plan and DRBC Water Code to update regulations concerning inter-basin transfers of water and wastewater.

“As DRBC Chair, I welcome this opportunity to provide the fullest protection to the more than 13 million people who rely upon the Delaware River Basin’s waters for their drinking water. This collaborative multi-state [and federal] action through the DRBC also complements the goals of the Delaware River Basin Conservation Act, a bill I introduced and which was passed by Congress in 2016, by helping to ensure that the watershed and water resources of the Basin will be protected from these potential sources of pollution,” Delaware Governor John Carney, who serves as the Commission’s current chair, said.

“As the federal commissioner, I represent the different missions of the many federal agencies with responsibility in the Delaware Basin. As part of the voting process, we solicit input from a team of federal agencies and the White House. Due to the recent Administration transition, this coordination has not been completed, and we thus abstained from today’s vote. We respect the vote from each of the Commissioners representing their respective states. I greatly appreciate the hard work and extensive coordination by DRBC staff,” said Brigadier General Thomas J. Tickner, Commander, North Atlantic Division, United States Army Corps of Engineers and serves as the Commission’s current vice chair.

“After careful analysis and consideration of the unique geographic, geologic and hydrologic characteristics of the Delaware River Basin, DRBC Commissioners acted today under the authority of the Delaware River Basin Compact to protect the water resources of the Basin, the source of drinking water for millions of Pennsylvanians. Having supported this effort since I was a candidate for Governor of Pennsylvania, I am proud to join with other DRBC Commissioners in preserving the water resources of this unique region for generations to come,” Pennsylvania Governor Tom Wolf, who serves as the Commission’s current second vice chair, said.

“Fracking poses significant risks to the water resources of the Delaware River Basin, and prohibiting high volume hydraulic fracturing in the Basin is vital to preserving our region’s recreational and natural resources and ecology,” New Jersey Governor Phil Murphy said. “Since the beginning of my Administration, New Jersey has been a leader in environmental protection and justice, climate action, and clean energy. More than 13 million people rely on the waters of a clean Delaware River Basin that is free of the chemicals used in fracking. Our actions, including the further rulemaking outlined today to address fracking wastewater, will protect public health and preserve our water resources for future generations.”

“New York has been a leader in our efforts to protect the environment and public health with the banning of high-volume hydraulic fracturing in 2015,” New York Governor Andrew M. Cuomo said. “This significant action by the DRBC to ban fracking in the Delaware River Basin is critical to enhance and preserve a vital water resource that millions of people access and depend on every day. This resolution builds on our collective efforts to ensure the safety of our water supply and protect the environment and individuals and families for generations to come.”

“At the direction of the Commissioners, DRBC staff published for public comment draft regulations to address high volume hydraulic fracturing in the Basin and held six public hearings to gather input on the proposed rules,” Tambini said. “DRBC received tens of thousands of comments, letters and petitions from a diverse cross section of the public from within the Basin and beyond. These comments, along with additional scientific and technical literature and reports, studies, findings and conclusions of other government agencies on the impacts of HVHF on water resources, were reviewed and evaluated by the DRBC staff and the Commissioners. We appreciate the public comments, the input from our member state and federal agencies, and the careful review, deliberation and action by our Commissioners.” 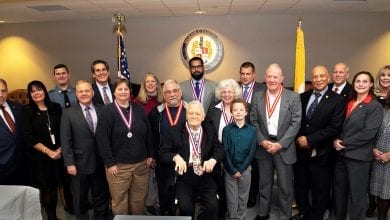