“Here in New Jersey and across the nation, lung cancer is the leading cancer killer. It is estimated that in 2021, 5,900 people will be diagnosed with lung cancer and 3,050 will die from the disease,” said Michael Seilback, National AVP, State Public Policy, at the Lung Association. “However, there is hope. The five-year survival rate has increased 33% in the past 10 years thanks to advancements in treatment, research and lifesaving lung cancer screening.”

Throughout Lung Cancer Awareness Month, the Lung Association will be sharing new resources, the State of Lung Cancer Report (November 16), inspiring patient stories and lifesaving lung cancer screening information.  In addition, through the Lung Association’s Lung Cancer Patient Meetup on the Go program, the organization is offering several webinars and plans to share recordings of the webinars in November. Learn more at www.lung.org/patient-meetup.

This is the sixth year of the Lung Health Barometer, which is conducted by the Lung Association’s LUNG FORCE initiative. LUNG FORCE unites the nation to stand together for lung health and against lung cancer. 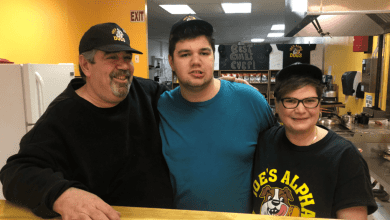