In an effort to reduce highway crashes and provide for increased traffic safety, the New Jersey Department of Transportation (NJDOT) has re-engineered the intersection of Route 46 at Old Wolfe Road in the Budd Lake section of the township, police said.

The Mount Olive Police Department has identified this intersection as a traffic safety concern within our town. The lack of a dedicated turning lane onto Old Wolfe Road coupled with an increase in the volume of traffic on our roads were the primary concerns for a redesign of the intersection. Before this redesign, vehicles that were attempting a left turn from Route 46 onto Old Wolfe Road needed to stop and stage in the left lane (fast lane) of Route 46 westbound. This staging of vehicles in the left lane caused a traffic condition which caused vehicles continuing west past the intersection to use the sole remaining lane causing a bottleneck that was unsafe during the evening rush hour commute, police said.

The Township of Mount Olive Mayor’s Office and the Mount Olive Police Department Traffic Sergeant met with NJDOT traffic engineers in May of this year after several requests for a re-engineering of this intersection, police said.

The painted lane channelization and improved signage was recently installed by the Department of Transportation, police said.

Motorists will need to continue ¾ of a mile further west on Route 46 to the intersection of Wolfe Road and make their left turn at the intersection that is equipped with a traffic signal, police said.

Police will be conducting an education campaign in order to notify our residents and the motoring public of these improvements and change of traffic pattern. The police department is reminding motorists that the use of private property to avoid a traffic signal is a motor vehicle violation that carries a fine of $50-$200 and points issued by the Motor Vehicle Commission, police said.

“Please do not use private property, specifically the Lakeside Tavern which is located at the Old Wolfe Road intersection, to avoid a traffic signal,” police said. 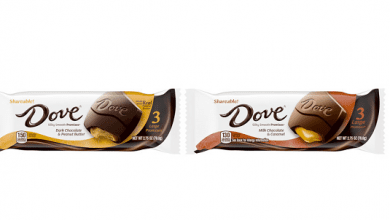