HACKETTSTOWN, NJ (Warren County) – A New York man was arrested Friday morning after police say he held a knife to a woman’s throat.

On Nov. 29 at around 1:52 a.m., police responded to a residence on the 100 block of Mountain Ave for a report of a man holding a knife to a woman’s throat, police said.

When officers arrived, Lopez-Quijada was standing over the female and unarmed. The officers were able to handcuff him and the 13-inch knife was located next to where he was standing, police said.

Through an investigation it was determined that Lopez-Quijada allegedly held the knife to the victim’s throat during a dispute, police said.

Police didn’t release how the two knew each other.

Lopez-Quijada was lodged in the Warren County Correctional Facility. 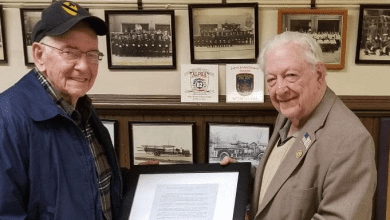