NEWTON, NJ (Sussex County) – A Newton woman was charged Sunday morning after she was allegedly found to be in possession of suspected heroin, according to Newton Police Lieutenant Robert Osborn.

At around 11:50 a.m., an officer observed Shipps running from the St. Joseph’s Cemetery, which is located behind the old St. Joseph’s School, after she noticed him, Osborn said.

The officer then stopped Shipps on Main Street and while waiting for the warrants to be confirmed, the officer observed Shipps throw what appeared to be a bundle of heroin onto the ground.  The item was located and confirmed to be numerous bags of suspected heroin, Osborn said.

Shipps was then arrested and lodged in the Sussex County Jail. 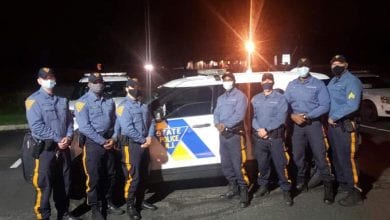