Richards began his career with the Newton Police Department in November 1989 as a Police Dispatcher.  He worked as a Class II Special Law Enforcement Officer and as a Sussex County Sheriff’s Officer prior to becoming a Newton Patrolman in 1994 and then being assigned as a Detective in 2000.  He progressively earned supervisory ranks within the department until becoming the Chief of Police in November 2010.

As a Detective, Richards was honored in 2008 with the Chief William Geffken “Detective of the Year” Award for outstanding investigative accomplishments. Chief Richards helped establish the County’s 9/11 Memorial (dedicated in September 2003) and the County’s indoor firing range for law enforcement Officers to train (September 2005). He is also a member of the Sussex County Public Safety Memorial Committee and a Board Member of Ginnie’s House Child Advocacy Center.

Richards has always sought to find ways to collaborate with other law enforcement agencies and community organizations as well as to engage citizens in order to improve public safety and the quality of life in Sussex County.  One of the best examples of this is the C.L.E.A.R. Program which he helped to create in 2015, leading a county-wide effort to address the heroin/opioid epidemic. For his work with the Community Law Enforcement Addiction Recovery program, he was recognized in June 2019 by PAARI with a law enforcement leadership award.

Richards is proud to be a Newton Police Officer and proud to have had the honor of leading such a fine group of men and women.  He’s proud of their work in the community, maintaining and improving relationships with our citizens, our schools, the college, businesses and community organizations.  He’s confident that this work will continue with the upcoming Officers prepared to lead within the department.

He looks forward to his new role as Fairgrounds Manager and will be working with Kevin Mitchell to help make the transition seamless through the end of the year and he will begin in a full-time capacity in 2020.  The New Jersey State Fair® Sussex County Farm & Horse Show is an organization that has always been near and dear to Chief Richards and his family.  His grandparents, Walter and Dorothea Richards, and the Richards family, were very involved from the days when it was held in Branchville and his Grandfather worked to establish the first permanent structure on the new grounds in Augusta, the big blue building now aptly named the Richards building, in his honor.

Having spent his childhood at the fair each summer and then becoming a Fair Director a few years ago, and knowing the value that this organization holds for residents of Sussex County, he became immediately interested upon learning of the opening for Manager, as he wants to help ensure the continued success of this vital Sussex County institution.  He looks forward to continuing to engage with the organizations and maintain the many valuable relationships he’s made over his career while in his new role. 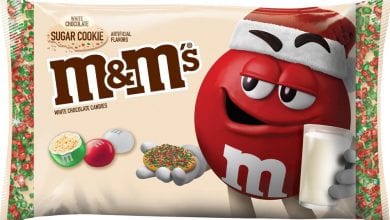