HUNTERDON COUNTY, NJ – The New Jersey Association of Counties (NJAC) came to Hunterdon County’s 9-1-1 Communications Center recently to kick off a renewed campaign aimed at stopping the state’s misuse of phone tax fees paid by all phone users that should be going for support of Emergency 9-1-1 operations in counties and towns.

Hunterdon Board of Commissioners Director John E. Lanza, in welcoming county leaders from around the state to the Cherryville Road command center in Franklin Township, said, “We are honored that NJAC chose our 9-1-1 facility for this event. Hunterdon 9-1-1 was the very first county wide program in New Jersey when it was established in 1977. It is our #1 shared service, in a county that prides itself on sharing services and reducing costs for our municipalities and taxpayers.”

“Those involved in emergency response know that there is a constant need and requirement for costly technological upgrades in the 9-1-1 infrastructure, to best serve the public. Right now, the costs will fall completely on the property taxpayers, because of the state’s diversion of a tax that phone users were promised would go toward those costs. That is why the diversion of the funds is such a serious issue and I am happy to join with leaders from around the state to put the pressure on our state and federal legislators, and the Governor, to make this right,” Lanza said.

Lanza was joined at the event by Hunterdon County Sheriff Fred Brown and Commissioner Susan J. Soloway, who is the Board’s liaison for the Public Safety Department which includes the 9-1-1 communications operation.

Donnadio told the group, “For well over a decade, the State has misallocated 9-1-1 fees to the tune of $1.5 billion, funds that should have been allocated for 9-1-1 costs in the counties and municipalities. The State has failed to provide any funding for eligible expenses to local 9-1-1 centers and New Jersey is the only state in the nation that doesn’t share 9-1-1 monies. This policy lays the foundation for an imminent public safety crisis and imposes an inequitable system of double taxation on residents across the Garden State,” Donnadio said.

“The FCC’s Strike Force, on which Sheriff Golden has served, issued remedial recommendations that are designed to punish states that divert funds, aimed at stopping the practice that occurs in New Jersey and several other states. We have to get our Congress people on board with these recommendations,” Donnadio said.

The NJAC group announced they will be reaching out to all of New Jersey’s Congressional Delegation and U.S. Senators to support the recommendations of the Strike Force which will to compel the State of New Jersey to comply with federal guidelines and restore critical dedicated tax monies to county and municipal 9-1-1 centers. 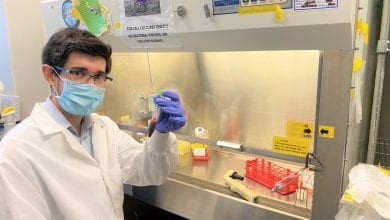 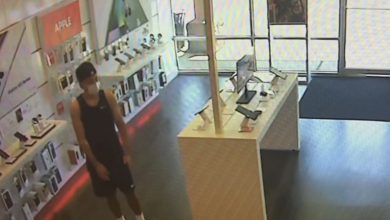