NEW JERSEY –Department of Environmental Protection Commissioner Catherine R. McCabe said Wednesday that 600 miles of New Jersey rivers and streams will be upgraded to Category One (or C1) status, the state’s first such upgrade in over a decade.

Through an amendment to the Surface Water Quality Standards that codifies these new C1 streams, their exceptional water quality and ecological diversity will be protected from possible future degradation, McCabe said.

“These Category One stream upgrades represent a landmark for environmental protection in New Jersey, providing important protections to some of New Jersey’s most valuable waters,” McCabe said. “Continuing our proud tradition of relying upon the best available science, DEP’s Water Resource Management team worked diligently to evaluate data and new information provided by the public and regulated community throughout the process of developing these new standards.”

The new C1 waterways flow through 67 municipalities. Waterways or portions thereof that are being upgraded include the Pequest River in Warren County, the Ramapo River in Bergen County, the South Branch of the Raritan River in Somerset and Hunterdon counties, Jacobs Creek in Mercer County, Tuckerton and Westecunk creeks in Ocean County, Woodbury Creek and Still Run in Gloucester County, the Salem River in Salem County, and the Cohansey and Maurice rivers in Cumberland County, McCabe said.

Since proposing the rule in April 2019, the DEP reviewed hundreds of comments from the public and additional data, determining that approximately 150 miles of the originally proposed C1 upgrades did not meet the ecological and water quality criteria. The DEP will continue to monitor these waterways for possible designation upgrades as part of DEP’s commitment to regular C1 designation reviews, McCabe said.

The rule amendment was published in the New Jersey Register on April 6. For an unofficial courtesy copy of the rule pending Register publication, click here.

The DEP uses a three-tiered system to categorize waterway protection, with the top tier being those designated as Outstanding Natural Resource Waters. These waterways, many in the Pinelands National Reserve, are set aside in their natural state for posterity.

Waterways not designated as Outstanding Natural Resource Waters or Category One, are classified as Category 2 waterways.

In addition to reflecting improvements in water quality, these designations are based on documented improvements in wildlife populations and habitats. As such, the upgrades will help protect many types of wildlife, including threatened and endangered species such as the bog turtle, wood turtle, various freshwater mussel species, shortnose and Atlantic sturgeon, and a species of dragonfly known as the harpoon clubtail.

The DEP has documented water quality and ecological resource improvement in waterways surrounded by a wide range of land use types, including urban areas. In Camden, for example, the Cooper River was upgraded to C1 status reflecting water quality improvements that have allowed an endangered species to be found there. This state-threatened freshwater species is dependent on good water quality.

Upgrades for exceptional ecological value are based on stringent water quality criteria, including verifications by the New Jersey Division of Fish and Wildlife of suitable habitat for threatened and endangered species. Similarly, the DEP bases its reclassifications for exceptional fishery resources on trout sampling data over the course of multiple seasons.

The classification system began in 1985, when the state began using Category One designations for waterways within parks and state wildlife management areas as well as trout-production waters. In 2003, the DEP broadened the scope of the designation to include waterways that provide both exceptional ecological and water-supply significance.

Over the years, the DEP has partnered with many groups such as the Watershed Institute, Musconetcong Watershed Association, the New Jersey Water Supply Authority and the Barnegat Bay Partnership on countless projects and initiatives to improve water quality, including projects to reduce stormwater runoff and educate the public about its impacts.

Click here for a full list of waterways and waterway segments that have been upgraded, an interactive map, a fact sheet on the rule amendments adoption and general information on the DEP’s Surface Water Quality Standards program. 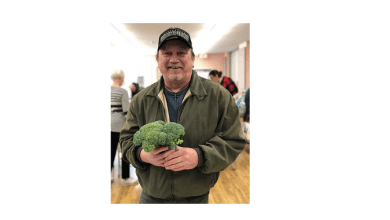