Secretary Fisher and state and local officials viewed the packing of Jersey Fresh blueberries to emphasize that locally grown produce and farm products are readily available now at farmers markets and stores around the state.

“The blueberry harvest is one of the major highlights of the New Jersey growing season,” Fisher said. “We are known around the world for blueberries, and growers like the Macrie Brothers have fostered that well-earned reputation with their dedication and commitment to grow the highest quality fruit each year.”

“We are off to an excellent start, and we anticipate it being a good year,” said Paul Macrie, who owns and operates Macrie Brothers Blueberry Farms with his brothers Nick and Mike. “From what we have seen early on, we think we will harvest a good volume with the juicy, larger-sized berries New Jersey is known for. We expect to be in full production mode within the next week or two.”

The blueberry season for New Jersey lasts through the end of July, which is National Blueberry Month. During the peak of blueberry season, production can be as high as 250,000-300,000 crates per day. Eating blueberries is beneficial to health as they are known as the “King of Anti-Oxidants.”  Blueberries are low in calories and high in nutrients. 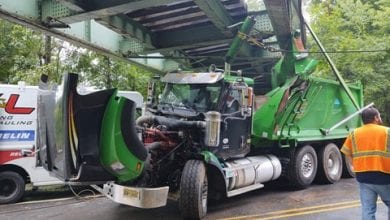 Virtual meeting to be held on Sept. 21 for Berkshire Valley Road and trestle upgrade