Stillwater Township Elementary School was the 2020-21 Grand Champion in the Department of Agriculture’s Jets Play 60 Eat Right, Move More Program, a collaboration between the Jets, the New Jersey Department of Agriculture, and the American Dairy Association North East. The program encourages New Jersey school children to take advantage of healthy foods in their school cafeterias and become more active. Also, as part of its award, the school received a $20,000 grant.

“The value of learning the importance of good nutrition and exercise at a young age is something that will have benefits for a lifetime,” NJDA Secretary Douglas Fisher said. “Congratulations to the students and staff at the Stillwater School for their participation in the program.”

Schools were judged on their outstanding efforts to provide children with fresh produce, healthy foods, nutrition education and opportunities to increase physical activity. They also were required to have at least 100 students participate in the Jets Play 60 Program during which students must log one hour a day of activity for a week.

Stillwater School is using the award money for a new commercial dishwasher for its food service that would reduce the amount of water and energy needed for the dish cleaning program and modernize the kitchen and/or cafeteria to make it more attractive and welcoming to students. The physical education department is purchasing a mobile Interactive Play System that consists of a score panel and 10 touch-sensitive spots, equipped with both light and sound. The spots are wirelessly connected to the scoreboard and a variety of games and themes can be played by students in all grade levels. The systems could be used in physical education classes as well as for inside recess. 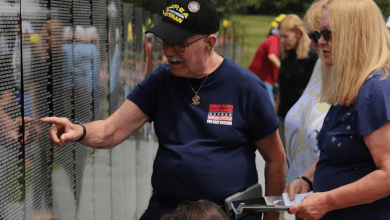