NEW JERSEY – New Jersey’s Department of Community Affairs (DCA), in partnership with the Department of Health (DOH) and the Department of Environmental Protection (DEP), Tuesday announced the launch of an expanded version of the Potential Lead Exposure Mapping or PLEM tool, which provides new publicly available data that indicate potential sources of lead exposure.

The tool may be used by local health officers, community groups, and other members of the public to help identify the potential sources of lead exposure.

The PLEM tool also will have multiple uses that will be phased in over time. Phase 1 will look specifically at lead paint in housing as a source of exposure while future phases will examine other indicators of childhood blood lead poisoning risk.

The DOH provided funding from the Centers for Disease Control and Prevention (CDC) for the map’s development, as well as through a CDC Environmental Public Health Tracking grant. The DEP developed the original data layer and platform and hosts the map tool.

The DCA contributed the latest data layers visualizing one- and two-bedroom rental housing units constructed prior to 1980 and applicable lead inspection methodology required in each municipality.

“The PLEM map is an extraordinary tool to help us track lead exposure in New Jersey,” said Lt. Governor Sheila Y. Oliver, who serves as DCA Commissioner. “New Jersey remains a leader in the nation in protecting children from lead and is out ahead of the majority of states in that we continue to regularly and systematically inspect multi-family housing for lead-based paint hazards. This tool demonstrates how state agencies can partner to provide resources to help New Jersey residents and communities and I commend DOH and DEP for partnering with us on this important work.”

“The expansion of this tool’s information capabilities will further strengthen New Jersey’s reach and efforts to protect children and families from the risks associated with lead exposure,” Commissioner of Environmental Protection Shawn M. LaTourette said. “Protecting New Jersey’s environment requires a comprehensive approach and a variety of tools to assist the public with information about their communities. We are grateful to our sister agencies DCA and DOH who continue to partner with DEP to ensure New Jersey is empowered and made healthier through knowledge-expanding public resources.”

“Lead paint is one of the largest sources of lead exposure to our children, and any blood lead level above zero is unacceptable. These additional map layers will assist local health staff as they continue to work to eliminate lead exposure among NJ’s children,” said Health Commissioner Judith Persichilli. “I applaud the partnership between New Jersey Departments of Health, Environmental Protection and Community Affairs in the collective effort to reduce lead exposure in our state.”

Prior to the 1950s, lead was used in paint to achieve certain pigments, as well as improve drying times, durability and moisture resistance. Lead-based paint was used for both home interiors and exteriors, and it became commonplace in the early 20th century as production shifted to larger commercial scales. Exposure in older homes happens when lead-based paint starts to deteriorate, cracking or peeling away from the walls. When paint is intact, meaning it is neither flaking nor breaking apart, exposure risk is low for inhabitants, even children.

Deterioration of lead-based paint results in lead-contaminated dust, which may be directly ingested or inhaled, and paint chips, which may be touched or, less commonly, ingested. Exposure through direct ingestion of contaminated dust, paint chips, or even soil around a house is especially a concern for young children, who often put their hands and other objects in their mouth. Living in a house with lead-based paint can result in a chronic accumulation of the heavy metal in the body.

Houses built after 1978 are less likely to contain lead-based paints. That year, Congress banned the use of lead-based paint in homes built or rehabilitated with federal funding through the Lead-Based Paint Poisoning Prevention Act. By 1992, the act was amended to address lead-contaminated dust and soil in homes, as well as adopt preventive strategies to reduce future lead exposure. Newer homes have the lowest risk of potential lead exposure from lead-based paint.

In the 1950s, the paint industry voluntarily adopted its own standards to phase out and prohibit the use of lead additives. Homes built between 1950 and 1978 have some risk of potential lead exposure. Homes built prior to 1950 — before federal legislation or private industry standards — have a higher risk of potential lead exposure. The presence of lead paint in these structures may contain higher levels of the heavy metal.

The tool announced today provides maps and information on the homes most likely to contain lead. It also displays residential parcels categorized by construction year, based on New Jersey’s statewide parcel dataset (MOD-IV) and a breakdown of housing age by municipality.

Lead exposure occurs when person encounters lead in their environment, whether through old household paint, contaminated soil, air particulates or other sources. Exposure is determined by measuring the concentration of lead in a person’s blood. Due to lead’s legacy and widespread use, most people have some amount of lead in their body, but no blood lead level is considered safe.

As a result of lead’s various uses, lead poisoning and its effects depend on how a person encounters it. Lead exposure can occur through inhalation, ingestion or, in rare cases, skin contact. Exposure can increase a person’s risk for a range of health issues, including damaging effects to the brain and nervous systems, kidneys and blood cells. This risk is particularly acute for children under age six years and pregnant people.

The CDC has set the current threshold for elevated blood lead levels in both adults and children to be ≥3.5 µg/dL, meaning at or greater than 3.5 micrograms per deciliter of blood. 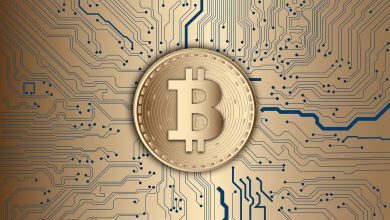