Seven NJ EMS Task Force Medical Ambulance Busses capable of handling up to 20 patients at a time; two Mass Care vehicles; one Special Operations vehicle; additional mutual-aid ambulance and rescue units; and NJEMSTF team members were dispatched to the site to complete moving the patients to other facilities.

“Our team members have extensive training, equipment and the planning expertise to handle an emergency evacuation like this,” said Lou Sasso, an NJ EMS Task Force leader. “We’re also proud to have the relationships in place to work side-by-side with the NJ Department of Health, local EMS, OEM and law enforcement agencies and the facility leadership when a disaster occurs.”

The EMS Task Force throughout manned a virtual incident command center, incorporating real-time video from the scene, with incident management experts in the field and weather and flood data.

The evacuation was required after the facility was flooded by several feet of water.

“Our teams worked under tough conditions, including maneuvering around flooded roadways and neighborhoods, to transport the patients,” Sasso said.

The NJ EMS Task Force is a non-profit organization that represents more than 200 career and volunteer EMS providers throughout the state, who are trained in various disciplines of emergency medical services to respond to large-scale man-made and natural disasters as well as pre-planned events.

The NJEMSTF was formed in the wake of the September 11, 2001 terrorist attacks. In the weeks and months after, EMS leaders from around New Jersey gathered to develop an organization to plan for, to train for, and to help coordinate a statewide response to a disaster of any kind.

The NJEMSTF represents more than 200 top-line EMS providers from career and volunteer services, hospital-based advance life support providers, and communications teams. The teams are trained in various disciplines of emergency medical services to respond to large-scale man-made and natural disasters as well as pre-planned events. The NJEMSTF has been critical in the response to such events as Superstorm Sandy, Hurricane Irene, the hurricanes that hit the US Virgin Islands, wildfires, flooding in Bound Brook, a fire on the Seaside Heights boardwalk, and the crash of US Airways Flight 1549 on the Hudson River. The group also provided resources, planning, and staffing at such planned events such as Super Bowl XLVIII, the NJ Marathon, Warped Tour concerts, the NJ Balloon Festival, and Bamboozle. 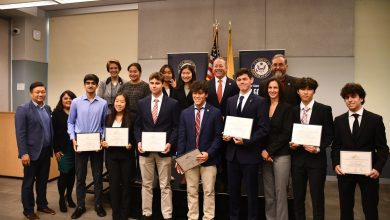