Scheduled to take effect on June 22, the Administration’s final “Navigable Waters Protection Rule” was issued jointly in January of this year by the U.S. Environmental Protection Agency (EPA) and the Army Corps of Engineers. The rule significantly narrows the scope of waters subject to federal regulation under the Clean Water Act (CWA), and is an effort by EPA to roll back water quality protections clarified and fortified under the Obama Administration’s Clean Water Rule of 2015.

Filed in U.S. District Court in California, the multi-state lawsuit seeks to have the new EPA rule rescinded because it conflicts with the plain language of the Clean Water Act, U.S. Supreme Court precedent, and the EPA’s own scientific findings.

“It has never been more important to protect our environment, which has a direct link to the health of our residents,” Grewal said. “But EPA is doing just the opposite, rolling back critical rules that protect our waters. This rule is yet another example of EPA disregarding the law and placing industry over our natural resources, and we are committed to fighting it in court.”

“New Jersey’s wetlands, fresh water resources and coastal waters are invaluable parts of New Jersey’s ecosystem and way of life,” McCabe said. “We strongly oppose any threat to New Jersey’s water, including EPA’s final Navigable Waters Protection Rule. I am proud to join with Attorney General Grewal and California, New York and other states in opposition to the new rule.”

In February of this year, the EPA’s own Science Advisory Board (SAB) sent a memo to EPA Administrator Andrew R. Wheeler advising that the new Navigable Waters Protection Rule “does not incorporate the best available science” and does not appear to be consistent with the goals of the Clean Water Act. As the SAB explained this rule “lacks a scientific justification, while potentially introducing new risks to human and environmental health.” EPA moved ahead with finalizing the rule anyway.

As a result, this lawsuit – filed on behalf of New Jersey and 18 other states – challenges EPA’s decision to exclude certain streams and wetlands from the “Waters of the United States” covered by the Clean Water Act. The lawsuit explains that the new rule will harm more environmentally friendly states by increasing the risk of pollution coming in from less protective jurisdictions, will disrupt state-level regulatory programs and will incentivize certain operators to relocate to states with less stringent water quality rules.

The lawsuit explains that the rule is unlawful under the Administrative Procedure Act (APA) because it lacks a reasoned explanation or rational basis for departing from long-standing policy and practice, and explains that it also fails to comply with controlling U.S. Supreme Court precedent.

As part of the multi-state legal challenge, New Jersey intends to provide the court with a declaration from DEP asserting that the rule will irrevocably harm vital waters and wetlands in the state – wetlands and waters relied upon for drinking water, wildlife habitats, agriculture and recreation, among other things.

Indeed, the rollback of CWA protections will have a direct impact in the state. While New Jersey has strong laws and regulations to protect its wetlands and waters, they do not exist in a vacuum, and EPA’s rollback means that greater pollution will flow downstream into state waters from adjacent states.

The rollback poses a threat to important wildlife in New Jersey such as certain waterfowl, fish and shellfish. In addition, the harm done to wetlands could put more lives and property at risk in the future, because wetlands are an integral component of flood abatement and coastal storm damage mitigation. 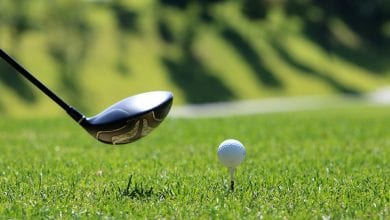