NEW JERSEY – A Bergen County man today admitted his role in a scheme to steal prescription HIV medication from the Department of Veterans Affairs, according to acting U.S. Attorney Rachael A. Honig.

According to documents filed in this case and statements made in court, from August 2017 through Nov. 20, 2019, Checonolasco conspired with Lisa M. Hoffman and others to steal HIV medication belonging to the U.S. Department of Veterans Affairs. Hoffman allegedly stole the medication from the pharmacy of her employer, the Veterans Affairs Medical Center (VAMC) in East Orange, New Jersey, and then sold the stolen medication to Checonolasco for cash. Hoffman used her position as a procurement official at the VAMC to order large quantities of HIV prescription medications so that she could steal the excess medication and then sell it to Checonolasco, who then resold it for a profit. Checonolasco and Hoffman stole approximately $8.2 million worth of HIV medication belonging to the VAMC.

The conspiracy charge is punishable by a maximum penalty of five years in prison and a fine of $250,000, or twice the gross gain or loss from the offense, whichever is greatest.

Checonolasco is scheduled to be sentenced on Dec. 15, Honig said.

Hoffman, 48, of Orange was previously charged in a three-count indictment with conspiracy, theft of government property, and theft of medical products. Those charges remain pending, and she is presumed innocent unless and until proven guilty, Honig said. 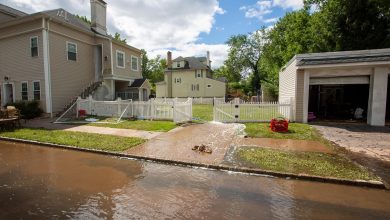 Man gets probation for criminal mischief in Sussex County