On August 1, at 3:50 p.m., the park’s emergency communications center received a call from Monroe County Control Center which had received multiple calls of a swimmer in distress and a potential drowning. River Patrol rangers were on scene within minutes and located the man’s body in the water at 3:55 p.m., Sandt said.

The victim was swimming near the Coppermine parking area off Old Mine Road, in Warren County. His name is not being released at this time pending notification of family members, Sandt said.

This is the fifth drowning in the park in the past 6 weeks making this the second deadliest year for drownings within the national recreation area. The first occurred on June 21 when a 20-year-old man drowned while attempting to swim across the Delaware River at Milford Beach; the second occurred on Saturday, July 18 when a 51-year-old tuber slipped out of his inner-tube and under the water. A 32-year-old man lost his life while swimming at Bushkill Access on July 20 and on July 26, a 30-year-old man drowned while swimming in the river near the Karamac parking area, Sandt said.

The National Park Service reminds all river users to always wear a properly fitted and fastened US Coast Guard-approved life jacket while swimming, floating, fishing, or boating on, or in, the Delaware River, Sandt said.

“The river current is strong and swift, despite calm appearances in some areas, and the depth can change suddenly, often going from knee-deep to over-your-head in a single step,” Chief Ranger Eric Lisnik said. “Wearing a life jacket at all times is a simple thing that everyone can do to ensure a fun and safe day on, and in, the river.” 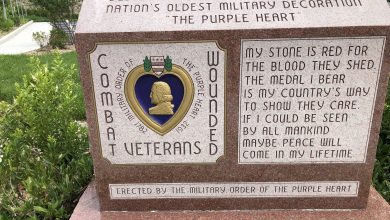 Northeast governors announce colleges, universities will be encouraged to provide COVID-19 testing for students before leaving for Thanksgiving break