Vincent Damiano of Hampton Borough, Hunterdon County was arrested on January 6 and charged with two counts of second-degree sexual assault and two counts of third-degree endangering the welfare of a child, Robertson said.

According to Robertson, on November 22, 2021, an adult female victim reported being sexually assaulted by Damiano, while she was 17-years-old. The victim disclosed incidents of sexual assault that occurred in Branchburg Township (Somerset County), Asbury (Warren County), and Lebanon Borough (Hunterdon County) from May 2019 to July 2019, Robertson said.

Then on November 24, 2021, a second adult female victim was sexually assaulted by Damiano from the ages of 16 through 18. The victim disclosed incidents of sexual assault that occurred in the Branchburg Township (Somerset County), and Asbury (Warren County) from July 2017 to July 2019, Robertson said.

Damiano was charged and then lodged in the Somerset County Jail. He was subsequently released as a result of his detention hearing, Robertson said.

Anyone with information relating to the sexual assault investigation involving defendant Damiano to contact the Somerset County Prosecutor’s Office Sex Crimes Unit (908) 231-7100 or the Branchburg Township Police Department at (908) 526-3830 or via the STOPit app. The STOPit app allows citizens to provide anonymous reports including videos and photos. STOPit can be downloaded to your smart phone for free at the Google Play Store or Apple App Store, access code: SOMERSETNJ. Information can also be provided through the Somerset County Crime Stoppers’ Tip Line at 1-888-577-TIPS (8477). All anonymous STOPit reports and Crime Stopper tips will be kept confidential. 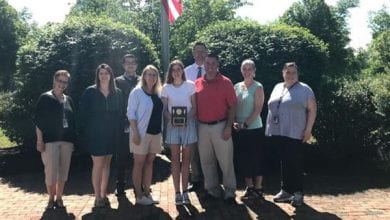