NEW JERSEY – Attorney General Gurbir Grewal Monday joined a coalition of eighteen Attorneys General in suing to block implementation of a new Directive from U.S. Immigration and Customs Enforcement (ICE) requiring that international student visa holders attending college in the U.S. take all or most of their classes in-person this fall or face losing their visa status, which could leave them no choice but to disenroll and leave the country.

Announced on July 6 without the required notice and public comment period, the ICE Directive rescinds an exemption—issued by ICE on March 13, 2020—that permitted international students with F-1 and M-1 visas to remain in the U.S. while taking all or the majority of their classes online, due to the impact of the COVID-19 pandemic on in-person education.

The original exemption dovetailed with the plans of colleges, universities, and technical schools in New Jersey and across the U.S. to use online learning for the Fall 2020 semester or the 2020-2021 school year due to the COVID-19 pandemic.

“This ICE Directive puts the lives of all of our students at risk by using international students and the tuition they pay as leverage to force colleges and universities to start in-person classes before they are ready,” Grewal said. “It is reckless, irresponsible, immoral, and illegal.”

In planning for the academic year, many schools in New Jersey—including Rutgers University, which boasts upwards of 6,000 international students residing in the U.S.—have determined they should offer all or most classes online and eliminate or substantially reduce in-person offerings to protect the health and safety of students, faculty, and staff.

The complaint filed today in federal court in Massachusetts asserts that, in the midst of a pandemic that still poses a very real threat to public health, ICE is endangering students, faculty, and others by seeking to force them into in-person learning situations that could increase the spread COVID-19.

In their complaint, the States allege that the Directive is arbitrary, capricious, and an abuse of discretion because, among other things, ICE failed to explain its actions or provide a reasonable timetable; disregarded the public health consequences of its actions; and ignored schools’ reliance on its previous guidance. The States also assert that the Directive violates the Administrative Procedure Act’s requirement of notice-and-comment rulemaking.

“Not only is ICE’s new Directive a disservice to international students who are pursuing higher education in the middle of a global pandemic, but by providing less than two weeks’ notice, ICE is carelessly pressuring institutions to make critical decisions about instruction for the fall 2020 semester,” said Diana Gonzalez, Interim Secretary of Higher Education. “An appropriate restart of campus activities must be guided by public health data and prioritize inclusion and safety of our students. We remain committed to working closely with the Office of the Attorney General and the leadership of institutions of higher education to continue to support international students in New Jersey.”

“Presenting these new policy proposals in the midst of the global pandemic, on the heels of announcements that New Jersey’s universities will be providing remote instruction, and only weeks before the start of the next semester is both revealing and troubling,” Rutgers University President Jonathan Holloway said. “We applaud and support the Attorney General’s efforts today to stop the imposition of the proposed Directive which, on its face, seem to be motivated by politics during the pandemic. The Directive is thoughtless and in direct conflict with the values we hold dear.”

In March of this year, as schools across the country moved to fully-online course work, ICE’s Student and Exchange Visitor Program (SEVP) issued guidance allowing students attending schools that had temporarily stopped in-person classes to maintain their immigration status while participating in their school’s on-line learning offerings.

SEVP indicated that this “temporary provision” would remain in effect “for the duration of the emergency” and that SEVP would monitor the pandemic and adjust the guidance as needed.

As the fall semester approaches, the pandemic continues to be a significant threat to public health. And in planning for the 2020-2021 school year, many schools have decided—given the increasing number of cases in many parts of the U.S.—to err on the side of caution and offer predominantly on-line learning.

The Directive challenged in today’s lawsuit was issued on July 6, without prior notice and after many schools had already made their plans for the Fall semester. The abrupt shift came as a shock to many schools and government officials around the country, who have suggested that it is motivated by politics rather than public health concerns.

According to the complaint, ICE’s Directive puts schools in the position of having to make an untenable choice: set aside the policies they have carefully crafted to protect public health during an unprecedented pandemic, or lose the significant academic, cultural and financial contributions their international students make to their schools and the surrounding communities.

As part of its participation in the lawsuit filed today, New Jersey is submitting a declaration from J. Michael Gower, Executive Vice President for Finance and Administration and University Treasurer at Rutgers, which asserts, among other harms, that Rutgers could suffer financial losses of $200 million or more “in the 2020-2021 academic year alone” if the ICE Directive stands.

The declaration also notes that international students are “an integral part of the fabric of Rutgers University,” and that they “contribute tremendously to Rutgers’ diversity and inclusion mission, cross-cultural and global learning, our financial bottom-line, our academic and research standing in the U.S. and globally.”

In addition, according to one estimate, international students contribute over $823,000,000 to New Jersey’s economy, which supports nearly 10,000 jobs.

The multistate lawsuit is one of at least four that have been filed to challenge the ICE directive in less than one week. Others have been filed by Harvard University, the Massachusetts Institute of Technology, Johns Hopkins University, and the State of California. 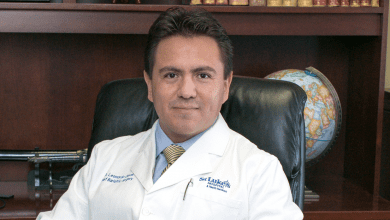 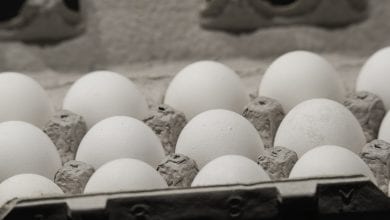 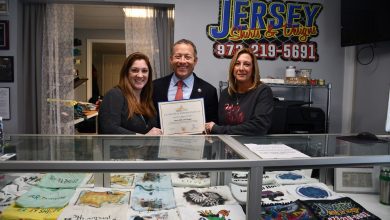