MAHWAH TOWNSHIP, NJ (Bergen County) – The New Jersey State Police have arrested two Connecticut men after they led a trooper on a vehicle pursuit through two counties and one man allegedly pointed a gun at the pursuing trooper, state police said.

On Sunday, Dec. 13, at around 11:08 a.m., a trooper attempted to stop a Jeep Cherokee, driven by Theron Brown, 22, of Bridgeport, for a traffic violation on Interstate 287 north at milepost 44 in Boonton Township, Morris County, state police said.

Through a preliminary investigation, during the pursuit, Newell leaned out of the passenger-side window and pointed a handgun directly at the trooper. The trooper took evasive action, striking the concrete barrier in the center median, but continued to pursue the suspects, state police said.

In the area of milepost 66.5 in Mahwah Township, Newell threw the weapon from the car. He continued to throw objects form the vehicle as they continued south on State Highway 17, state police said.

The suspects abandoned the vehicle and fled on foot in the area of Continental Soldier Field at Ramapo College. After a brief foot pursuit, both suspects were apprehended by troopers and officers from the Mahwah Township Police Department, state police said.

During the foot pursuit, Newell attempted to discard a 9mm handgun. It was later recovered in a wooded area by a trooper and an officer from Mahwah Police Department.

Both were lodged at the Hudson County Jail pending a bail detention hearing, state police said. 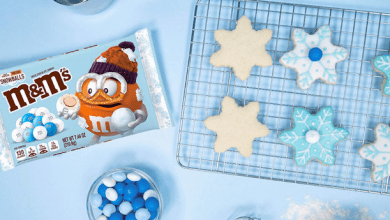 Mars Wrigley brings first ever digital snowball fight for all

Mosquito spraying set for tonight in Blairstown and Hardwick