KNOWLTON TOWNSHIP, NJ (Warren County) – A New Jersey state trooper from Troop “B” Hope Station went above and beyond to bring a smile to a Knowlton Township resident.

Trooper Christopher Castro-Rangel responded to a residence in Knowlton Township last month for a neighbor dispute and when he arrived he met 30-year-old Jodie, who has cerebral palsy and is autistic. She was visibly upset and did not want to go outside because of an incident which occurred with a nearby resident, according to state police.

Trooper Castro-Rangel tried his best to cheer her up and offered to go back outside with her to blow bubbles, which is her favorite activity. Unfortunately, Jodie was too upset and insisted on staying inside.

A few days later, Trooper Castro-Rangel stopped by to see his friend, Jodie, but she was sleeping and he did not get the chance to say hello.

Trooper Castro-Rangel was determined to make sure Jodie was in good spirits, so he stopped by again a few days later to check on her during his shift. When Jodie’s father answered the door he was surprised to see him outside with a bottle of bubbles and a card with her favorite character, “Barney,” on the front. Inside the card it read “You are a star,” and included his signature.

To Trooper Castro-Rangel’s delight, Jodie was awake and he was able to give her the card and bubbles, and they had a chance to catch up. 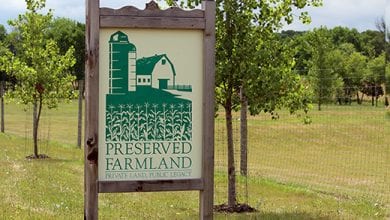