On Tuesday, October 6, on Interstate 80 in the area of milepost 61.8, troopers responded to a multi-car motor vehicle crash with injuries. When troopers arrived on scene, they observed a man being pulled out of his vehicle by an off-duty firefighter, state police said.

The man was unconscious and not breathing. Without hesitation, Trooper Kyle Gorman retrieved an automated external defibrillator (AED) and began performing cardiopulmonary resuscitation on the victim. After several rounds of CPR, the victim regained a pulse but he was still gasping for air and struggling to breathe, state police said.

Trooper Pierre Haddad, who is also an EMT, arrived on scene shortly after to assist. Trooper Haddad used an oropharyngeal airway, which is a medical device used to open or maintain a patient’s airway, to assist in supplying oxygen to the victim until paramedics arrived on scene to transport the man to an area hospital. It was later discovered that the victim was retired Sergeant First Class Peter Visconti, state police said.

“We are happy to report that due to the quick and decisive actions of Trooper Gorman, Trooper Haddad and several other good samaritans on scene, retired Sergeant First Class Peter Visconti was able to make a full recovery,” state police said. 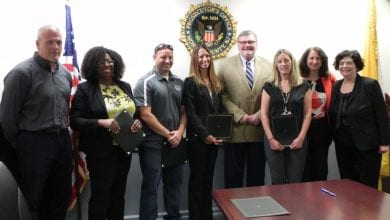 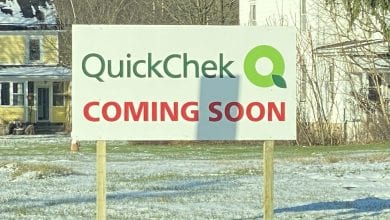