NEW JERSEY – The 2022 Governor’s Award for Horseperson of the Year was awarded to Dr. Carey Williams, who has served the industry with Rutgers University since 2003. Williams accepted the award at the 65th Annual New Jersey Breeders Awards Celebration at the Horse Park of New Jersey to kick of the Month of the Horse in the state.

“Dr. Williams is a champion for the New Jersey equine industry and her love for horses and the people involved has been evident throughout her career,” NJDA Secretary Douglas H. Fisher said. “She is truly deserving of this honor for all of her years of dedication and service.”

Williams began at Rutgers University as an Equine Extension Specialist with the broad goal to establish a strong program in the field of equine nutrition and exercise physiology, while building relationships with the equine industry. She is a leader in antioxidant supplementation and oxidative stress in horses and her research has positively impacted the field of equine nutrition. The results of her antioxidant work have been recognized nationally and internationally in the nutrition and veterinary fields.

Dr. Williams expanded her research into the area of forages, pastures and helping horse farm owners create an environmentally friendly farm. She was the team leader for a large project that created a state-of-the-art equine Best Management Practice (BMP) showcase at the Equine Science Center’s facility at Rutgers University.

She maintains her involvement in the equine nutrition industry as an active member of various scientific societies, including as a member on the Board of Directors for the Equine Science Society, the organization in which she has been a member for 23 years. Due to her work in equine nutrition, she was recently appointed to the Coordinating Committee for the National Research Support Project (NRSP-9) of the National Animal Nutrition Program.

Dr. Williams is involved with several riding and showing organizations including the Eastern States Dressage and Combined Training Association, and the Horse Park of New Jersey, where she has been engaged as a key volunteer.

Other awards presented were: 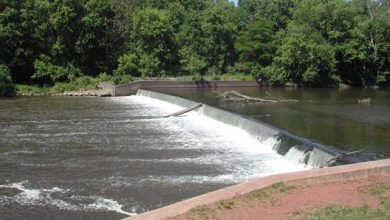