Oroho, Space, and Wirths cited their opposition to:

Oroho, Space and Wirths cited their support of:

“It is an honor to earn their endorsement,” said Oroho, who is also endorsed by the New Jersey State Fraternal Order of Police (FOP).  “It speaks loudly that the men and women of law enforcement are putting their trust in us.”

“Steve, Hal and I have always been proud to stand with the men and women in blue,” said Space, himself a 32-year volunteer firefighter and former fire chief who has spent decades responding to emergency calls with law enforcement in Sussex County. “We look forward to continuing to work together with law enforcement at all levels on issues of importance to them.”

“We all have seen the unfair attacks made by left-winged activists against our police officers,” Wirths stated, who is also endorsed by the FOP. “Steve, Parker and I are proud to support them against these hostile actions by those who undermine our public safety.”

There are 32,000 members of the PBA across New Jersey.

In announcing the PBA’s endorsement of Oroho, Space and Wirths, State PBA President Pat Colligan said the following: “When the time came it would have been easy for you to turn your back on us.  But you chose to see the good in our law enforcement officers and you opened your doors to our insight, our ideas. . ..  While not every bill and idea that came before you was perfect you chose to embrace, rather than attack, the men and women who wear a uniform to serve our great State.  The New Jersey State PBA is proud to endorse you and we look forward to continuing to enhance and support the law enforcement community in New Jersey.” 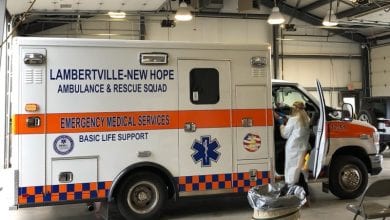