NEWARK, NJ – A New York man Tuesday admitted to knowingly distributing and selling to individuals throughout the United States including New Jersey an unregistered pesticide imported from Nigeria, according to U.S Attorney Craig Carpenito.

Jude Chukwuebuka Amadike, 62, of Elmont, pleaded guilty before U.S. Magistrate Judge Joseph A. Dickson in Newark federal court to an information charging him with one count of knowingly distributing or selling an unregistered pesticide in violation of the Federal Insecticide, Fungicide and Rodenticide Act (FIFRA).

According to court documents filed in this case and statements made in court, FIFRA provides for federal regulation of pesticide distribution, sale, and use to ensure that pesticides sold in the United States are safe, effective, and bear labeling containing true and accurate information. The Environmental Protection Agency (EPA) has responsibility under FIFRA to regulate the manufacture, labeling, and distribution of all pesticides shipped or received in interstate commerce. All pesticides must be registered with the EPA before the pesticide can be sold or distributed, and no person may distribute or sell a pesticide that has not been registered with the EPA.

From Sept. 15, 2016, through Nov. 14, 2018, Amadike sold an unregistered pesticide called Sniper DDVP on Amazon and eBay to customers in at least 22 states, including New Jersey. The investigation into these sales revealed that the defendant procured this pesticide by importing it from a Nigerian supplier. One such purchase in December 2017 revealed an import of approximately 798 pounds of Sniper DDVP.

On Nov.14, 2018, law enforcement executed a search warrant at the Amadike’s home and recovered 1,728 bottles of the unregistered pesticide. Laboratory testing of samples taken from these bottles revealed each sampled bottle to contain the chemical dichlorvos, which has been classified by EPA as a probable human carcinogen.

The illegal sale of an unregistered pesticide carries a statutory maximum prison sentence of one year and a fine of up to $25,000. Sentencing is scheduled for March 16, 2021, Carpentio said. 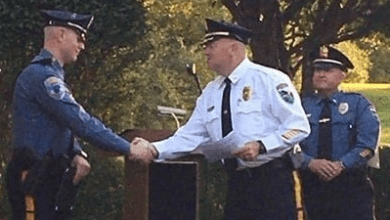