Bigelacio D. Coleman, 42, of the Bronx was charged with two counts of theft and two counts of possessing and using false government documents, one being a self-generated/made license plate and a commercial driving medical card.

On July 27, 2019 and Aug. 16, 2019, Coleman entered the Walmart of Franklin, making contact with management and allegedly leading them to believe he worked for a contracted company which recycled specific items for Walmart such as various metals and batteries, Cugliari said.

Once in possession of the items, Coleman allegedly would sell them for cash, Cugliari said.

Walmart discovered Coleman didn’t work for the recycling company that they contracted when they didn’t receive the agreed upon funds for the merchandise they recycled, Cugliari said.

Police were notified on Aug. 2 after asset protection associates noticed Coleman in the store. Officers located him in the Walmart parking area and took him into custody. Coleman’s vehicle allegedly contained a fictitious license plate and fictitious Medical Examiner’s Certificate’s for a commercial driver’s license, Cugliari said.

“Coleman may be involved in additional similar thefts throughout the state and surrounding states. The investigation is ongoing and additional complaints may follow,” Cugliari said. 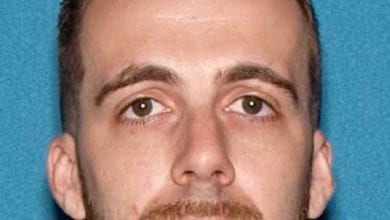