NEWARK, NJ – A Bronx woman was arrested Wednesday and charged with fraudulently obtaining over $200,000 worth of iPhones, according to Acting U.S. Attorney Rachael A. Honig.

Rosanna Lucrecia Cruel Blanco, 39, was charged with one count of conspiracy to commit mail fraud and one count of aggravated identity theft, Honig said

According to documents filed in this case and statements made in court, from Dec. 17, 2017, to December 2020, Blanco and her conspirators devised a scheme to fraudulently obtain replacement cellular phones from an insurance company – Company 1 – by assuming the identities of wireless customers and filing false claims under Company 1’s handset insurance program. The handsets were predominantly iPhones with a value of approximately $700 to $1,000 per handset.

The charge of conspiracy to commit mail fraud carries a maximum potential penalty of 20 years in prison and a $250,000 fine, or twice the gain or loss from the offense. The aggravated identity theft charge carries a mandatory sentence of two years in prison, which must be served consecutively to any other sentence imposed.

CDC expands eligibility for COVID-19 booster shots to all adults 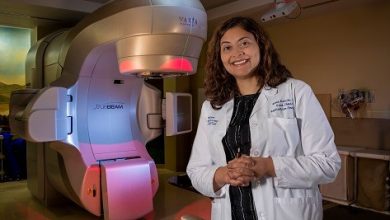