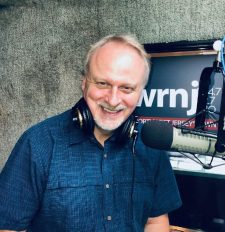 A native of northwest New Jersey, Bert returns to RNJ after more than 2 decades in Garden State radio, and he’s excited to be back home! In fact, RNJ was one of the first radio stations Bert worked at in the late 1990s. Since then, he has built a distinguished and celebrated career in broadcasting and media as a host, writer and producer. He has volunteered countless hours in support of numerous New Jersey non-profits and charitable organizations. For his efforts both off and on-air, Bert was inducted in the New Jersey Broadcasters Association’s Radio Hall of Fame in 2016, and was nominated for a prestigious MARCONI Award from the National Association of Broadcasters in 2017. He is the recipient of more than a dozen JERSEY Awards from the New Jersey Advertising Club, including “Best of Radio” in 2016.

Bert is also the host and co-producer of the B•Inspired Podcast Series which tells the story of exceptional people who have overcome tremendous adversity to inspire others to do the same.

Bert lives in Califon with his wife Karen and their 3 adopted shelter cats, Iris, Sunny and Merci.

It’s Greta Latona and just like you, I love music, all music and I talk, to everyone. I’m a graduate of Felician University with a Medical Degree – which led me to a Broadcasting Career. I know that sounds odd, but after medicine I went back to study broadcasting with the intention that there was so much information and advances in health screenings and somehow that information needed to get to the public. So with that, I got a job working on commercials, copy writing, and production and voicing community events, which lead to an ON AIR job. Now, I could guide people to blood drives, tell them about community fundraisers and fun events in the area and play great music along the way.   This is my American Dream. While working ON AIR at WGHT Radio and as the Assistant Program Director, I have implemented programs in the community that brought in 13 Crystal Radio nominations from the NAB. I have received awards from the Garden State Journalist Association for ON AIR Interviews with celebrity recording artists and our “call-in-contests” were recognized too. Rounding out a list of awards in my career included Marconi Award honors and a New York Air Award.   I’ve had a Morning Café Show, a Big Band Show, a Christian Show, and for over 11 years a Co-host of a Morning Show in the NYC market. I’ve been both backstage and on-stage as an MC to some of the greatest events. I’m a musician, have a DJ entertainment company, and have read at every family’s wedding in the tri -state. I’ve done countless voiceover work in commercials for Cars, Broadway Shows, and the businesses in your hometown. I’m a dabbler. I love classic cars and long-drives in scenic areas. I’m just like you, I work, I shop, and I’ll roll up my sleeves to help when needed. I’m the easiest person on the planet to work or be around. Oh, and I love animals. I have a Chihuahua that’s 4.5 pounds named Dasher. Yes, after the Reindeer. 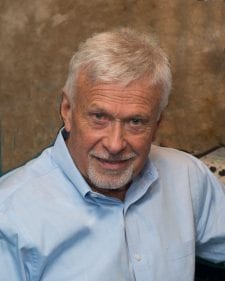 Dave Kelber has been with WRNJ for over 25 years as a show host and newscaster. He began his broadcasting career fresh out of college at an FM station in Cape May, New Jersey.

Kelber enlisted in the Army and was assigned to the Army Pictorial Center in New York City as a Motion Picture Production Officer. While there he produced and narrated training films for the Armed Forces. After military service, Kelber worked as Operations Manager at WHTG- AM and FM, in Eatontown, New Jersey, before moving to Flemington, New Jersey as a teacher and Director of Broadcasting at Hunterdon Central Regional High School. He has worked at WVCH, Chester, Pa., WEST/WLEV in Easton, Pa., and WCRV, Washington, New Jersey. Now, semi-retired, Kelber is a professional photographer/videographer. 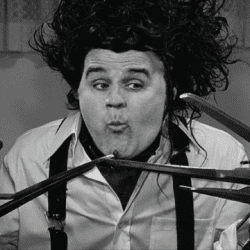 Born and raised in Northwest NJ, Jay has a degree in Communications and has had a life-long interest in local radio and various styles of music.

Jay has held numerous jobs over the years such as stunt car driver, bartender, voice-over artist, traffic reporter (award winning), NY Yankee maintenance crewmember and peanut farm worker.  His hobbies include mountain climbing, snowmobiling, cooking, performing stand-up comedy and he is an avid squirrel watcher. Jay has been a guest on America’s Morning Headquarters, program on The Weather Channel, and was interviewed by Sam Champion.

Jay has been hosting his Saturday program here at RNJ since Feb 2013. Jay is also a News Reporter and the Promotions Director.  You just never know what this guy will come up with as a topic for his online poll of the week.

Gup Gascoigne has been a music lover since he was a toddler. He began spinning records at parties and school functions in 1966, when he bought his first stereo system. His first DJ engagement for pay came in December of 1973 performing an oldies show at a junior high school in Farmingdale, Maine. In 1975 he was the first Dee-Jay in Morris County to host an “oldies” night at a club called “Smiles” in Parsippany.

Since 1979, music entertainment has been Gup’s ONLY profession. In addition to performing at events, car shows, functions and parties around the country, Gup can be heard on a regular basis at the EXCHANGE on most Wednesday nights in Rockaway, New Jersey.

His Mission Statement is simple: TO PROVIDE THE BEST VALUE IN THE SPECIALIZED PRESENTATION OF POP, SWING, EARLY ROCK & ROLL AND RHYTHM & BLUES MUSIC TO BE HEARD ANYWHERE, IN A COMPETENT, ZESTFUL, YET DIGNIFIED MANNER!

Joyce Estey really loves her work. Estey came on-board as the WRNJ News Director nearly 2 decades ago. Since then she’s come to know a lot about the area, the people and their needs. Twice a year she coordinates political forums, to keep listeners informed before they head out to the polls. Prior to joining WRNJ, Estey spent four years as the News Director at WSUS and interned at WNNJ, both in Sussex County. Estey’s off-air time is filled with family and friends. She’s a wife and mother of 3, an active member of her church, an avid reader, and recently brought a dream to life by restoring a nearly 100-year-old home! For four years, Estey taught as an adjunct professor at Warren County Community College, instructing students on the various aspects of radio broadcasting. Estey believes in daily exercise, her current regimen involves walking, a benefit to body and mind. 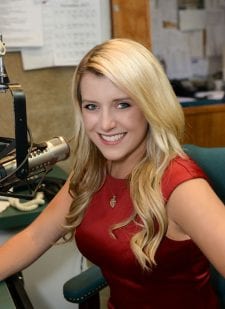 A Jersey Girl through and through, Katie Moriarty’s interest in broadcasting began while attending Centenary University.  Hailing from a showbiz family, she met a prominent TV news anchor, while backstage at BB King’s Blues Club in New York City. She had the privilege of two college internships at Fox News Channel, and upon graduation was hired as a Production Assistant in the FNC newsroom.

Her desire to be in front of the camera led her to Nebraska, where she was a field reporter and daily news anchor.  She also delivered the news for a radio station in Johnny Carson’s hometown, Norfork, NE.

Katie returned to the east coast as a TV news reporter for Fios 1 News – Long Island, where she covered crime stories, local politics, and even The Belmont Stakes.

Katie is thrilled to be back home in Northwest New Jersey, and honored to be a part of the WRNJ family.  An avid outdoors person, Katie can be seen riding one of her horses along the trails of Great Meadows, or pulling a large-mouth bass out of one of the many lakes and ponds in the area. 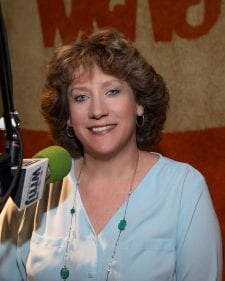 Lisa is Manager of Community and Donor Relations at the Foundation for Hackettstown Medical Center and is a proud, fourth generation Hackettstownian.

Although she’s on the business side of healthcare and not a licensed medical professional, Lisa did serve as a candy striper at Hackettstown Community Hospital back in the late 70’s. Thanks to a nasty tumble from a backyard swing set, she was also one of the HCH Emergency Room’s first patients in the early months after the hospital first opened in 1973.

While hosting Healthier Living is Lisa’s first foray into the world of radio, she grew up with WRNJ and thanks the large extended family of this great local station for providing many fond memories over the years! 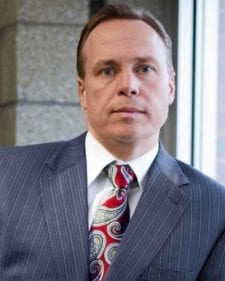 Dr. Austin has served as Warren County Community College’s president since 2003, when he was appointed as NJ’s youngest president at age 33.

As president, Dr. Austin managed a 120% growth in enrollment, advancing enrollment and improving graduation outcomes for eight consecutive years. WCCC has been recognized twice as one of the fastest growing community colleges in the country by Community College Week. He has initiated new campus construction to double the physical campus space; and has ended every fiscal year at WCCC with a revenue surplus.

He led the development of new academic programs, including the first new nursing program in the state of New Jersey in over two decades and the nationally acclaimed veterans’ program known as VIPER which has been featured and endorsed in media as diversified as WRNJ, FOX NEWS and PBS.

During his tenure as a pre-presidential leader, Dr. Austin developed a new strategic planning process, detailed in his book, Strategic Planning for Smart Leadership that remains in print, is enjoying a second edition, and has been used continuously as a text in graduate schools throughout the nation for well over a decade. He is co-author of the book, Dollars & Sense: A Guide to Financial Security designed for students to understand and master the complex world of personal financial managemen,t for which he has appeared on television to promote and discuss.