The bill, A-1285, establishes procedures for awarding more efficient design-build contracts that will help complete projects sooner and at lower costs.

“Taxpayers will benefit from meaningful savings on costly public construction and restoration jobs,” Oroho (R-24) said. “In New Jersey, with some of the highest taxes in the nation, it is a good thing when the Legislature and Governor agree on a way to cut taxes without reducing services. I am pleased the Governor saw the benefits and has made this bill law.”

Traditionally, public contracts are awarded using a design-bid-build system. Initially, a local government or other contracting unit hires an architect to design the project, then uses a series of separate contractors to complete the build.

The process under the new law allows contracting units to award the entire project to a single company.

“Empowering one entity to manage the operation from start to finish results in a more organized, efficient work flow,” said Oroho said. “It is a better process that can help us accomplish more, faster, for less taxpayer money.” 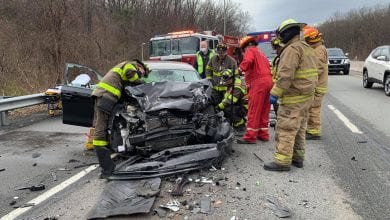