NEW JERSEY – A series of Open Public Records Act requests from Senate Republicans seeking transparency from the Governor’s Administration about the state’s conduct leading to a settlement with families of COVID victims in New Jersey’s veterans homes have been denied, and Senate Republican Leader Steve Oroho and Senator Joe Pennacchio want answers.

“This is what we have come to expect from an Administration that continues to obfuscate the facts, details and rationale behind pandemic-related decisions,” Pennacchio said. “They have consistently denied access to what should be public information. This most recent rejection reinforces the need for a Legislative Oversight Committee with subpoena power.

“It is clear this information will never be forthcoming unless the Administration is forced,” Pennacchio said.

On Jan. 4, the Senators filed a series of requests for public records related to the Murphy administration’s conduct giving rise to a $53 million settlement for veterans home deaths during the COVID-19 pandemic.

Appeals to the Governor’s office, Attorney General’s office, and the Department of Health and Human Services were all rebuffed. The Department of Military and Veterans Affairs took more than three weeks to say they need more time, and gave no indication of when a response could be expected.

“Our priority is putting this pandemic nightmare behind us,” Oroho (R-24) said. “The Legislature and the administration need to work together to responsibly restore normalcy to our schools, businesses and lives. It is time to stop with the masks and the mandates and emerge from the pall of the COVID outbreak.

“There are questions that demand answers, however. The Administration should recognize the questions aren’t going away and stop stonewalling,” Oroho said. “Among other pressing issues, the truth needs to come out about the loss of life in nursing homes and the role the Administration’s policies played in the tragic outcomes, if for no reason other than ensuring these mistakes aren’t repeated in any future emergency we might face.”

The Murphy administration denied a prior OPRA request from Senate Republicans seeking documents transmitted by the Department of Law & Public Safety to the Civil Rights Division of the United States Department of Justice pursuant to a federal investigation into pandemic-related nursing and veterans home deaths.

The OPRA requests filed earlier this month targeted documents relating to the state’s agreement with the families of 119 seniors in veterans homes whose deaths were attributed to COVID and the actions, or lack of action taken by the administration that caused these possibly avoidable tragedies. The settlement was announced in a late news dump on Dec. 23.

“The timing of the announcement, when the Governor was traveling out of the country and just hours before the start of a long holiday weekend, certainly raised some red flags,” Pennacchio (R-26) said. “It seems obvious to me, the Administration to every effort to conceal the $53 million settlement from public scrutiny.”

Pennacchio noted the specifics about the settlement sought in the OPRA requests could shed light on poor decisions leading to the deaths of 10,000 seniors in private nursing homes impacted by the Governor’s orders.

“Details and timing of settlement may reveal the extent of discussions about the role of the state’s orders forcing homes to accept COVID-positive patients and preventing the testing of new residents for the virus. This policy applied to the more than 500 facilities in the state,” Pennacchio said.

Since May of 2020, Senate Republicans have sought to understand how the Murphy administration’s response to the pandemic contributed to unnecessary deaths in New Jersey’s nursing homes and State-run veterans homes and have been calling for the formation of an investigative select committee.

Following news of the $53 million settlement, the Senate Republican caucus wrote to then-Senate President Stephen Sweeney and current Senate President  Nicholas Scutari repeating calls for the formation of a Senate Select Committee on the Executive Branch’s Response to the COVID-19 Pandemic.

Man charged with DWI after being found unresponsive in car 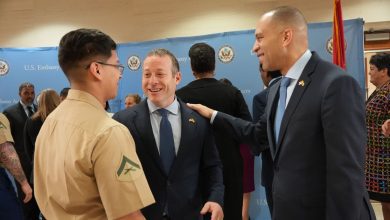 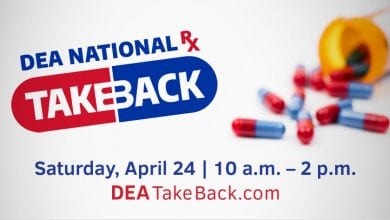