NEW JERSEY – Senator Steve Oroho and Assemblymen Parker Space and Hal Wirths (all R-24) reiterated their opposition to the continuing use of emergency power by Governor Murphy.

“The Legislature didn’t grant the Governor extensions of certain powers,” said Oroho, the Senate Republican Leader. “Instead, he unilaterally started to rule by executive decree once again. As I’ve said numerous times during debate on the Senate floor, the Legislature is a co-equal branch of government, and my Democratic colleagues need to stand up with us and tell the governor enough is enough.”

Murphy has issued executive orders to reinstate mask mandates in schools and vaccine mandates for health care workers without a testing option. He made these decisions without input from the Legislature or the public, Oroho, Space and Wirths said.

“It is time the Democrats who have majorities in both houses of the Legislature do what is right and end his authority to rule by decree immediately,” Space said.

The governor ruled through executive order for nearly 18 months, with the full support of Senate and Assembly Democrats. Oroho, Space, and Wirths are sponsoring a constitutional amendment which would give the voters the choice to reign in his emergency powers, but it has died in each House because of Democrat resistance.

“We have been hearing from students and parents for months regarding masks, yet the Governor has tossed their opinions aside in the decision making,” Wirths said. “Local districts are in the best position to make these decisions and they should be allowed to do their job. We know children are the least at risk for this virus and the most at risk for the long-term negative effects on mental health that all these mandates could cause.”

The Governor admitted on television on Sunday that “we’re not going to manage this to zero” and “we have to learn how to live with this.” With that admission, Oroho, Space, and Wirths believe that he needs to end his authoritarian rule and allow New Jersey residents the freedom to make the best choices for themselves and their families. 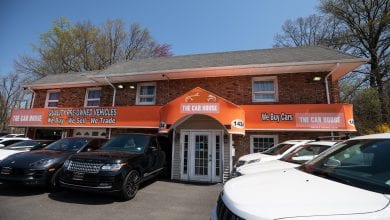