With this credential, Overlook joins the global community of Magnet-recognized organizations. It is now one of only 541 hospitals in the entire nation that have earned this recognition, representing less than nine percent of hospitals in the United States.

“This truly culminated more than a decade of work to create a professionally stellar, compassionate and empowered nursing team,” said Alan Lieber, president of Overlook Medical Center. “Our nurses have demonstrated these qualities as we faced the biggest crisis in health care, and there was no doubt that our culture of excellence was on display during Magnet’s tour of Overlook. This recognition reflects our nurses’ commitment to providing exceptional care to our patients and the community.”

The Magnet designation marks another major national achievement for Overlook which also this year received for the first time the Healthgrades 2020 America’s 50 Best Hospitals Award™.

The designation, which was announced to Overlook’s nursing team on Friday, October 9, by ANCC representatives, capped off a long and extraordinary journey for this prestigious recognition. Overlook’s survey was originally scheduled for earlier this year, when the COVID-19 pandemic began to arise in New Jersey.

Having surveyors onsite was not possible, so the ANCC began conducting virtual surveys at eligible facilities. They had only completed a handful of virtual surveys when Overlook’s turn came in August. Three Magnet surveyors rounded on each and every unit with a nursing presence, interacting with nurses by way of iPad carts. Overlook’s Magnet champion escorts and ISS team members “escorted” the surveyors to each unit.

Rather than pose additional challenges, the unprecedented event only served to further highlight how Overlook’s team comes together to provide excellent care.

“By the time our survey took place, the first five months of the pandemic had highlighted just how our nurses had integrated the Magnet qualities into the very fabric of Overlook’s culture – staff empowerment, shared decision making, autonomy, professional development, nurse recruitment/retention and a higher standard of practice,” said MaryPat Sullivan, chief nursing and experience officer at Overlook Medical Center.

“In truth, it was the perfect ending to our journey to Magnet – a time to show how nurses work together as a team and how all of Overlook supports and encourages stellar teamwork with nursing,” said Deb Toresco, RN, Overlook’s Magnet program manager, who led the efforts to achieve the designation.

Magnet surveyors noted during the site visit, that Overlook nurses spoke highly of the organization in terms of support for educational activities, professional certification, and time to participate in governance activities, and that the words “Family” and “Team” were often used by nurses.

Additionally, Overlook’s physicians described the organization as “nurse-centric” in driving quality initiatives and were instrumental in the success of the organization’s highly-recognized stroke program.

“It is very evident that Overlook has made a huge effort and contribution to the community during the COVID-19 Pandemic,” ANCC surveyors noted in their report to Overlook.

The Magnet designation is granted every four years to only those organizations that demonstrate sustained superiority in nursing care. Applicants undergo an extensive evaluation and members granted Magnet status must continue to meet rigorous standards.

The Magnet model provides a framework for nursing practice, research, and measurement of outcomes. Through this framework, ANCC evaluates applicants across several components and dimensions to gauge an organization’s nursing excellence. 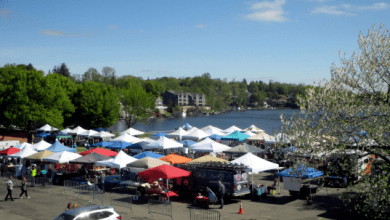 NJ will no longer utilize previously outlined metrics to inform of travel advisory, all non-essential interstate travel is strongly discouraged