SUMMIT, NJ (Union County) – A record 74 nursing scholarships were awarded recently to team members at Overlook Medical Center who are looking to enhance their roles as health care providers by pursuing nursing degrees.

The scholarships, which must be used toward a nursing degree (including RN to BSN and advanced degree programs), are provided through the generosity of a variety of donor-funded scholarship programs offered and administered through the Overlook Foundation, the non-profit organization that supports the hospital.

“Overlook’s commitment to helping our team members advance their abilities has greatly contributed to the high-quality patient care we offer,” said MaryPat Sullivan, director of nursing education and professional development for Atlantic Health System who served as chief nursing officer for Overlook for the last 14 years. “In nursing specifically, the results have led to numerous quality-based achievements, not the least of which was our prestigious Magnet designation, as well as our Lantern Awards for the Summit and Union Emergency Departments.”

In all this year, $64,000 was awarded to current nurses, while $15,000 went to team members in other professions throughout Overlook who are participating in the scholarship programs to become professional registered nurses.

The program is open to team members working full time, part time, and per diem, with applications reviewed by a committee that includes the hospital’s chief nursing officer, and both donors and administrators of the various scholarships.

“The support of our generous donors has allowed us to consistently enhance the care we offer at Overlook, including such direct investments in our work force,” said Clelia Biamonti, executive director of the Overlook Foundation.

After Dr. Walter Groff and his wife Patricia, a former nurse, established the Dorothy and Edward Brill & Muriel and Donald Groff, M.D. Nursing Scholarship in honor of their parents in 2009, Overlook  experienced a surge of support for nursing education, including The Nicholas J. and Anna K. Bouras Nursing Education Scholarship.

“Mr. Bouras always encouraged his employees at Bouras Industries to continue their education throughout their careers,” commented William Crane, president of the Nicholas J. and Anna K. Bouras Foundation. “He put his words into action by financing his employees’ education in the belief that they would not only better themselves, but the company as well. This scholarship is an extension of his belief that such funding is a sound investment all around.”

“Continuing with my education in health care was one of the best and most challenging decisions I have ever made,” said patient care technician and scholarship recipient LaTanya Murphy. “I appreciate all of the kindhearted individuals who are donating to students just like me to not only further our careers but also live out our dreams.” 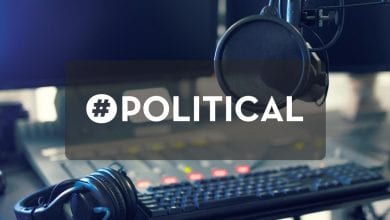