The fire occurred at 11:54 p.m. at the LongHorn Steakhouse located at 50 International Drive South in the Flanders section of the township.

“Shortly after PD arrived on scene, the officer confirmed a working structure fire, and citywide was dispatched. First arriving crews from Flanders and Budd Lake went to work with multiple lines in operation. Heavy fire was found throughout the building above the drop ceiling,” Flanders Fire Co. #1 and Rescue Squad posted on their Facebook page.

“The roof became compromised with the weight of the AC units and all crews were evacuated. The building was unsafe to re-enter after the fire was extinguished by defensive operations,” the post said.

“Unfortunately the fire at the LongHorn Steak House could not be brought under control, and the building had to be demolished due to the extensive damage. Incredible efforts were made by the Flanders Fire Department, Budd Lake Fire Department, and the surrounding mutual-aid companies, according to the Mount Olive Township Fire Marshal’s Office.

An excavator came in to demolish the building and crews extinguished the remaining hot spots.

According to reports, three firefighters were injured.

“The fire is under investigation at this time,” according to the Morris County Prosecutor’s Office.

“Thank you to Flanders Fire Department , Budd Lake Fire Department , Our First Responders as well as the other mutual-aid companies who also assisted in putting out the fire at Longhorn Steakhouse ITC . Your endurance for the past two days , while handling two fires is simply OUTSTANDING. Ralph, the owner has given so much to our community. I will keep you posted as to what their needs are so that we can help support them during this very difficult time, ” Mount Olive Township Mayor Rob Greenbaum said in a Facebook post. 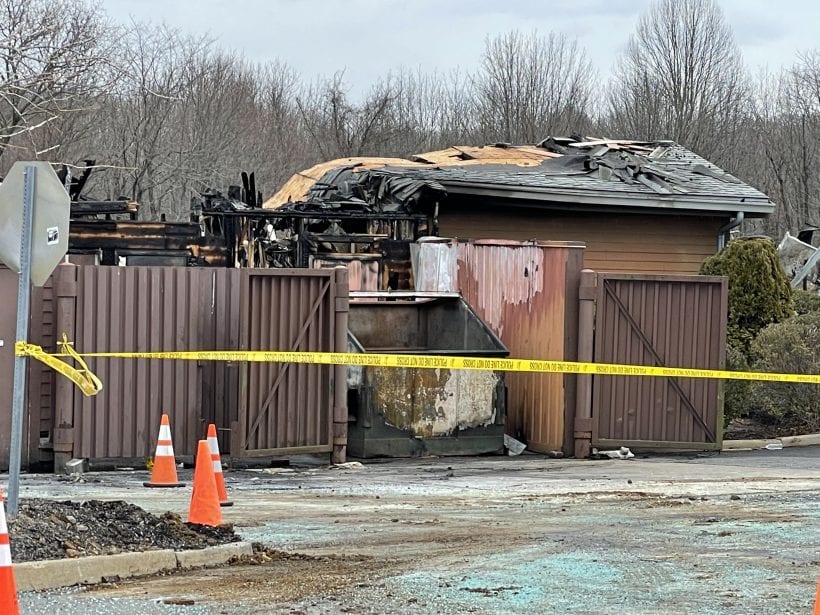