On Oct. 2 at around 11:15 p.m., a township officer stopped a blue Ford travelling north on Route 15 for not having operable plate lights, police said.

While speaking to the driver, who was identified as Parry, the officer suspected that he might be under the influence of a narcotic substance, police said.

Parry was asked to perform field sobriety tests and after the tests, he was arrested for DWI, police said.

Parry’s was lodged in the Keogh Dwyer Correctional Facility pending a court appearance. 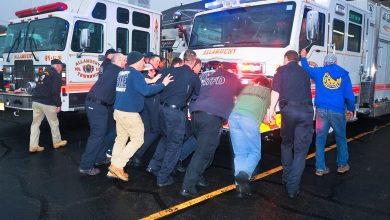