On May 6 at around 12:59 p.m. the Hackettstown Detective Bureau responded to Valley Bank, located at 105 Mill Street, in reference to a person who was attempting to cash a fraudulent check. While officers were responding, the suspect left the drive thru of the bank, police said.

Bellamy was charged and has a pending a court appearance, police said. 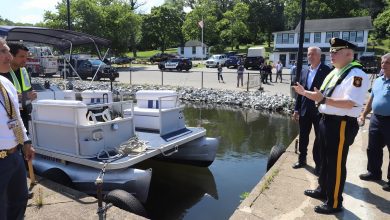