“School bullying presents a serious threat to the health and safety of students in every grade, in every school in the state,” Pennacchio (R-26) said. “Victims of bullying are susceptible to attack 24 hours a day by student aggressors texting from mobile phones or hiding behind the anonymity of social media. This bill requires school and county officials to address bullying before it gets out of control, and makes it clear that districts, school officials and parents have a defined responsibility to protect children from aggressions that can occur on and off school property, on the internet, or by text.”

The bill would mandate school districts to include in their anti-bullying policies the specific consequences for a student harassing, intimidating or bullying a schoolmate, and require superintendents to provide the school board with data on the number of reports that met the statutory definition of bullying.

“Bullying is too often dismissed as ‘kids being kids.’ Let’s be clear. Bullying destroys young lives,” Diegnan (D-18) said. “This law is a first step in assuring that no student should suffer as Mallory did. Schools must be a place where students are protected from bullies.”

In addition, the measure increases the fines for parents or guardians for failure to comply with a court-ordered class or training on cyberbullying. Currently, parent or guardian of a minor under the age of 16 who has been adjudicated delinquent of cyber-harassment face fines from $25 to $100 for failure to attend classes with their child, and the bill would raise the penalties to $100 to $500.

“A $25 fine isn’t going to do anything. Parents won’t miss a day of work to take their kid to class, they will just pay the fine,” Pennacchio said. “Putting a higher price tag on compliance will get their attention and encourage them to put an end to their child’s dangerous conduct.”

The legislation is entitled Mallory’s Law in honor of Mallory Rose Grossman, a 12-year-old Rockaway student who committed suicide in June 2017. Her parents claim she suffered relentless bullying.

After the loss of their daughter, Mallory Grossman’s parents turned their grief into action, by starting “Mallory’s Army,” a national movement to save other children from the devastating effects of bullying. On Dec. 18, 2017 Senator Pennacchio and his colleagues in the State Senate honored Mallory’s Army for their efforts.

Pennacchio and Diegnan’s legislation would reinforce and intensify the state’s Anti-Bullying Bill of Rights, signed into law after cyber harassment led to the tragic suicide of Rutgers freshman Tyler Clementi in 2010.

A similar bill passed the Senate unanimously during the 2018-2019 legislative session. 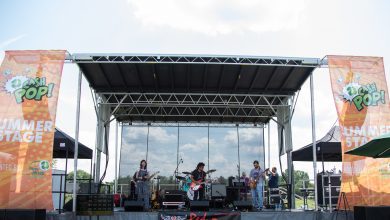