According to police, witnesses reported seeing a Mercury Sable, driven by Diego Gonzalez-Destefan, 25, of Hampton, NJ traveling east on Stanton Road, drifting out of its lane and then cross over County Rt 523 without first stopping at the stop sign.

Lisa Coston, 52, of Netcong, NJ was traveling south on County Route 523 and struck the side of the Mercury Sable as it crossed her lane of travel, police said.

Coston was injured and transported to Hunterdon Medical Center for treatment, police said.

The crash remains under investigation and anyone with information about the crash is encouraged to contact the Readington Township Police Department at 908-534-4031. 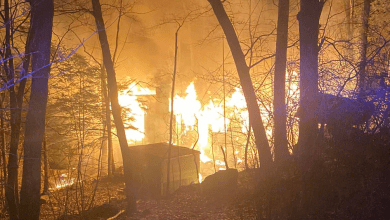 No injuries reported after 2-alarm fire in Sussex County