The incident occurred on March 30, at around 7:00 a.m. involving an unidentified male at one of the bus stops in the Tabor Road area, police said.

According to police, the man drove up to a juvenile female waiting for her school bus and asked her if she needed a ride.

The male then approached the juvenile in a newer style gray minivan with an unknown license plate and is described as being tan in complexion, possibly in his twenties, wearing a black baseball cap and face mask with stars printed on it. He then drove away after she boarded the school bus, police said.

“Keeping our children safe is always of paramount importance. We urge you to be vigilant in making your children wary of strangers. Please let them know to tell an adult immediately if an incident occurs and to try to get a license number if at all possible. Any incident needs to be reported immediately to a responsible adult and the police should always be notified,” Superintendent of Schools Barbara Sargent said.

This incident remains under investigation and anyone with information regarding this incident, is asked to contact Parsippany-Troy Hills Police Communications Center at 973-263 4300 extension 0. 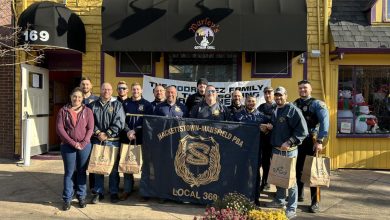 Hackettstown and Mansfield police hand out Thanksgiving meals to seniors 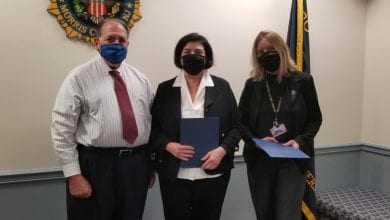