WASHINGTON TOWNSHIP, NJ (Morris County) – A motorist and passenger were unaware that their vehicle was on fire as they drove on Schooley’s Mountain Road Wednesday morning.

Lt. Compton activated his emergency lights and horn to gain the attention of the occupants of the vehicle. The vehicle continued its intended left turn onto West Springtown Road then came to a stop, police said.

Both the driver and passenger were safely removed from the vehicle uninjured and advised they were not aware that the vehicle was on fire, police said.

The vehicle was extinguished by Washington Township Fire Companies.

The van was a total loss, and a subsequent investigation believed a gas leak was the cause of the fire. The vehicle was later removed from the scene, police said. 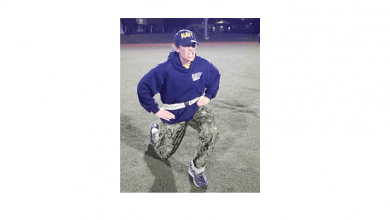