WASHINGTON TOWNSHIP, NJ (Morris County) – The Washington Township Police Department is seeking information from the public regarding a car theft that happened on November 16.

At around 3:37 a.m., township police responded to a report of a suspicious person walking in and out of private residential driveways in the area of Hickory Drive, police said.

The officers checked the surrounding areas and it was later learned that a vehicle was stolen from a private residence in the same area. The vehicle was later recovered in Newark, police said.

Police said if you live in the neighborhood, check your home security system video and report anything suspicious to Detective Sergeant Brian Szymanski at 908-876-8305.

Police encourage all residents to not only lock their vehicles but also their homes. Anyone who observes anything that appears to be suspicious is encouraged to contact the Washington Township Police Department at 908-876-3232 and press 0, police said. 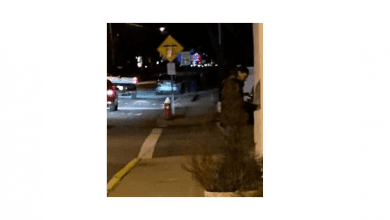