According to police, two occupants described as black males wearing all black were seen fleeing the scene and then both suspects got into another vehicle before leaving the area.

A police investigation revealed that the Mercedes involved in the single-vehicle crash had just been stolen from a local residence, police said.

The vehicle the suspects left in a black Range Rover with New Jersey registration F43MXA which had also been reported stolen from Northern NJ, police said. 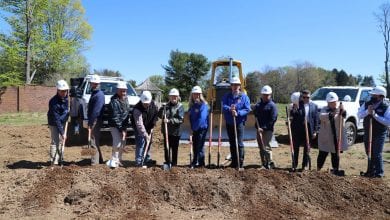