On May 22, Morristown Police responded to 45 Market Street for a report of a man sitting on a ledge at the top of a five-story apartment building, police said.

The man was sitting with his legs dangling over the side of the building and was in a precarious position. As additional officers arrived and began to work their way to the roof of the building, Officer Bruce LaFera engaged the man in conversation and was ultimately able to convince him to step back from the ledge and away from danger, police said.

Officer LaFera determined that the 20 year-old man from Sussex, New Jersey, was suffering from a behavioral health emergency, police said.

The man was transported to Morristown Medical Center by Atlantic Ambulance for a mental health screening without any further incident, police said.

If you or someone you know is in emotional distress or considering suicide, call the National Suicide Prevention Lifeline at 1-800-273-TALK (8255) or contact the Crisis Text Line by texting TALK to 741741. A 24 hour hotline is also available through Saint Clare’s Health at 973-625-6160. 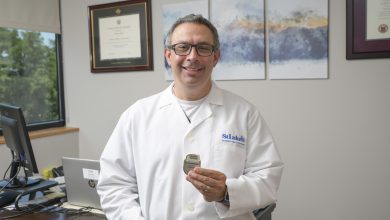 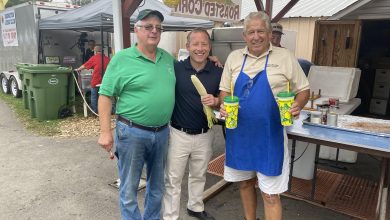