LAMBERTVILLE, NJ (Hunterdon County) – A portable radio that had been stolen from the Lambertville-New Hope Ambulance & Rescue Squad last weekend in Stockton Borough was found Wednesday at a flea market, according to a post on the rescue squad’s Facebook page.

The portable radio was stolen while rescue squad crews were in Stockton Borough rescuing three victims from the storm waters Saturday evening.

The individual that took the radio contacted the Hunterdon County Communications 911 Dispatch Center via the radio in what appears to be a malicious manner; interrupting radio transmissions of other agencies and distracting dispatchers from their duties, the members said.

“A very Good Samaritan, Lydia, from the Golden Nugget Flea Market called our station and mentioned this radio was located there and brought to lost and found,” the post said.

“This effort would have never been possible without all of the citizens in the community coming together to help and get our message out there. We thank each and every one of you!,” according to the post. 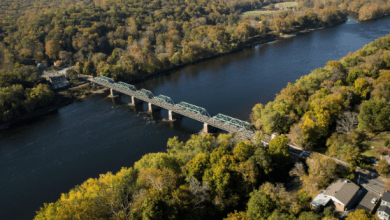