NEW JERSEY – New Jersey private sector employers added to their payrolls in October for the sixth consecutive month while employment in the public sector moved lower.

Estimates produced by the U.S. Bureau of Labor Statistics indicate that total nonfarm wage and salary employment in New Jersey decreased by 5,200 in October to reach a seasonally adjusted level of 3,886,900. Contraction in the public sector (-18,000) of the state’s economy outpaced gains in the private sector (+12,800). New Jersey has now regained a total of 476,300 jobs in the six months since April, or about 57 percent of the jobs lost due to the coronavirus pandemic and measures taken in response to it. The state’s unemployment rate increased by 1.5 percentage points to 8.2 percent due to New Jersey residents re-entering the labor force in October. See the technical notes at the end of this release for further information about the impact of the coronavirus on this month’s employment estimates.

Based on more complete reporting from employers, previously released total nonfarm employment estimates for September were revised higher by 13,900 to show an over-the-month (August – September) increase of 74,100 jobs.  Preliminary estimates had indicated an over-the-month gain of 60,200 jobs. The state’s revised September unemployment rate was unchanged, remaining at 6.7 percent.

In October, employment increases were recorded in seven out of nine major private sectors. Sectors that recorded job gains include leisure and hospitality (+5,700), education and health services (+2,500), other services (+1,900), professional and business services (+1,600), manufacturing (+1,300), financial activities (+1,200), and construction (+1,100). Sectors that recorded employment losses include trade, transportation, and utilities (-2,400) and information (-100). The public sector recorded a decrease of 18,000 over the month, with the majority of the decrease coming at the local (-11,700) and federal (-4,500) government levels.

Preliminary BLS data for November will be released on December 17, 2020. 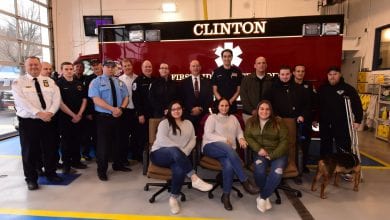