The victim stated that on Dec. 8 a white man in his 30s came to the door claiming to be from the power company and said there was a transformer issue in the area, and he needed to check the breaker box, or she might lose power, Hunterdon County Acting Prosecutor Michael J. Williams said.

The woman then took the man down to the basement where the breaker box is located and he flipped a few circuit breakers. A short time later the man left and after he left, the victim noticed there was a broken dresser drawer and missing jewelry, Williams said.

“This method of operation is consistent with distraction/imposter burglaries. Distraction burglary is a crime in which elderly persons are often the targets. The perpetrator seeks to distract the resident out of the house or to another area of the house while an accomplice enters the home and steals valuables such as money and jewelry,” Williams said.

To prevent distraction burglary, the Hunterdon County Prosecutor’s Office urges residents to be suspicious of anyone who comes to their door claiming to be on official business. It is a good idea to ask for identification, but unfortunately, that can be faked. Instead, the prosecutor’s office advises residents to call the agency they claim to represent and confirm that there are legitimate workers in the area or immediately contact your local police department, Williams said. 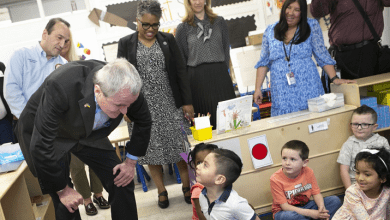 JCP&L conducting inspections and maintenance prior to winter season