HACKETTSTOWN, NJ (Warren County) — When Centenary University business major Natasha Bonilla signed up for a film elective, she was looking to have a little fun during her last semester of college. Presented with an assignment to produce an original short film, the Budd Lake resident set out—with little experience—to create a video that evokes her Latina heritage.

The result is Spanglish As Experience by a Native Speaker, which won a Jury’s Citation Award for Animation at the recent 48th New Jersey Young Filmmakers Festival held in Hoboken.

Bonilla graduated from Centenary last May with a Bachelor of Science in Business Administration, a minor in data analytics, and a concentration in finance. She plans to pursue a career as a financial analyst: “The award was so unexpected. I was surprised because this is so unrelated to my major.”

Bonilla’s film borrows its title from a poem of the same name by John Olivares Espinoza, an acclaimed Latino poet and son of Mexican immigrants. Espinoza’s poems resonate with Bonilla, who immigrated to the United States from Puerto Rico at age 16 with her mother.

While a Centenary University scholarship and financial aid covered her college tuition, Bonilla worked throughout her undergraduate years, taking as many shifts as possible to assist her mother with household expenses, while balancing her college assignments. She said of her mother, “We help each other as much as we can.”

Her film modifies the story in Espinoza’s original poem, following a day in the life of a boy who seamlessly navigates between Spanish and English.

“I really wanted to do something that was related to my experiences and culture,” explained Bonilla, a Dean’s List student at Centenary University. “This was a fun project because I could relate to the boy.”

Gavrilovic mentored Bonilla on her film, recommending the use of cutouts that could be animated. He also suggested that she submit the finished film to the festival: “Everyone at Centenary has been so encouraging. My professors have inspired me to become who I am.” 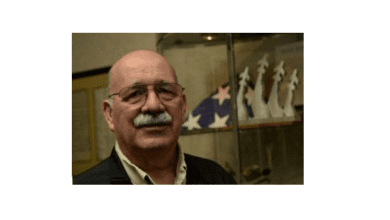