NEW JERSEY – A new report by Self Financial says New Jersey has the 10th most expensive college tuition in the U.S.

According to data from the National Centers for Education Statistics (NCES), enrollment in four-year colleges has more than doubled over the last 50 years, going from a little over five million students in 1970 to nearly 11 million in 2019. At the same time, Census Bureau data shows that the share of the U.S. adult population with a four-year college degree has more than tripled, from 11% in 1970 to 36% in 2019.

For many, a college degree offers the most straightforward path toward securing a job and increasing pay. Research from Georgetown University suggests that 35% of job openings in 2020 required at least a bachelor’s degree and data from the U.S. Bureau of Labor Statistics shows a greater than 67% pay difference, on average, between high-school graduates and college degree holders.

While higher levels of education are necessary for many jobs, the cost to get this education has increased dramatically in the last several decades. In 1979, the average annual total cost of attendance—including tuition, fees, room, and board—for full-time undergraduates was $9,307 (in constant 2019-2020 dollars). By 2019, this rate had nearly tripled, to more than $25,000. The result is that currently, the average amount of debt a college graduate owes at graduation is $31,100, up from less than $10,000 in 1970.

Because of this, it’s not surprising that cost is one of the primary determining factors when considering where to attend college. In fact, roughly four out of every 10 high school students rated cost as “most important” in a recent Fidelity survey. However, a university’s published price is often not a strong indicator of what any individual might actually pay out of pocket to attend, after factoring in the availability of grants and scholarship aid. In recent years, more than 80% of first-time, full-time undergraduates attending four-year colleges received some form of financial aid. So rather than focusing on published sticker prices, prospective students and their families should focus on net price, which better reflects the dollar amount paid by those who can’t afford to pay full price.

Here is a summary of the data for New Jersey: 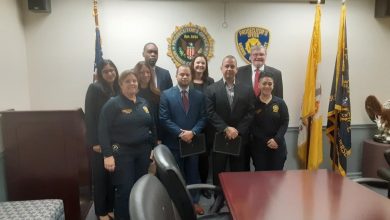