NEW JERSEY – The Republican members of the Senate Budget & Appropriations Committee called on Governor Phil Murphy to commit to expanding tax relief in the upcoming State Budget in advance of a revenue update from the treasurer that is expected to show soaring tax collections that are $5 billion higher than the administration projected just two months ago.

“Tax collection reports make it clear that the Murphy administration must acknowledge on Thursday that his tax policies are taking at least $5 billion more out of the pockets of taxpayers than the governor projected in March, and possibly billions more,” said Senate Republican Leader Steven Oroho (R-24). “When New Jersey families are struggling with soaring prices and inflation, we believe Governor Murphy must commit to giving back these overcollections immediately to families that are suffering today. We plan on expanding the ‘Give It Back’ rebates that Senate Republicans have already proposed.”

Senate Republicans currently sponsor a pair of “Give It Back” tax rebates that would combine to return $4.5 billion of direct tax relief to New Jersey families.

“My Republican colleagues and I have proposed putting $1,500 of direct relief into the pockets of New Jersey families to help combat the pain caused by soaring gas prices and inflation,” said Senator Declan O’Scanlon (R-13), the Republican Budget Officer. “As we learn that the Murphy administration has collected billions more in taxes than he previously acknowledged, it becomes harder and harder for the governor to not ‘Give It Back’ to taxpayers as Republicans have proposed. In fact, we believe there is room to expand our tax relief plan even more in the final budget.”

The main “Give It Back” tax rebate proposed by Senate Republicans would return $1,000 back to New Jersey families as soon as it’s enacted.

A second bill, the “Gas Price and Inflation Tax Credit Act,” would provide another $500 tax rebate when enacted to provide families with additional relief to counter record-high gas prices and the highest inflation in four decades.

In contrast to the Republican tax rebates that would provide relief immediately, the underwhelming “ANCHOR” program proposed by Governor Murphy would not deliver any relief until sometime next year. Further, the governor’s proposal would reduce rebates provided under existing programs for hundreds of thousands of people.

“It’s undeniable that Governor Murphy has taken billions more from taxpayers than he has ever admitted, and he won’t be able to hide it past Thursday,” said Senator Michael Testa (R-1). “He still plans on raising taxes next year on employers, employees, and health care even though there is no budgetary need to do so. Given the massive and growing pile of cash he’s sitting on, there is no excuse for Governor Murphy to deny New Jersey families the immediate tax relief that Republicans have already proposed and more.”

Given the scale of the Murphy administration’s tax overcollections, the Republican Budget Committee members also said there will be room to provide the “Give It Back” tax credits while addressing other budget concerns.

“It’s clear we’ll have the resources to ‘Give It Back’ to taxpayers with plenty left over to pay down debt, build the surplus, and address other critical needs that have been neglected in the governor’s budget proposal,” Senator Sam Thompson (R-12) said. “The sheer scale of the Murphy administration’s tax overcollections almost defies belief.” 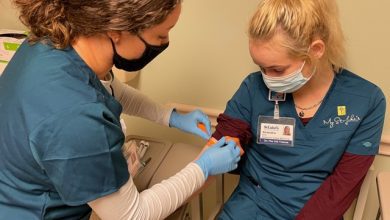 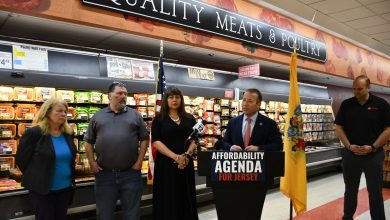