Colonel Murphy, who is now the first lady of Centenary University in Hackettstown, told those gathered to honor fallen heroes that the nation and its citizens have a moral obligation to support active duty military, veterans, and their families.

“While we are seeing fewer combat losses overseas, we continue to see steep increases in military and veteran deaths at home,” she explained. “Post-9/11 veterans are dying at higher rates than Americans overall, mainly through accidents, suicide, and homicide. It is our responsibility as citizens to remember our nation’s brave fallen men and women—whether they died deployed in the heat of battle or after a lifetime in the uniform of our military.”

Colonel Murphy lauded the current 2.8 million service members and their families, adding that the entire family—spouses, children, parents, and other relatives—makes sacrifices while their loved one is deployed.

Honoring the memories of those lost while defending the nation, she said, “We all benefit from fallen Americans’ sacrifices every time we exercise our constitutional rights. We are able to speak freely, peaceably assemble, and vote. These rights have been paid for in blood by those who willingly risked their lives to protect ours, from the founding of our nation to today.”

Retired from the military after a 30-year career in the U.S. Army, Colonel Murphy is married to retired U.S. Army Lieutenant Colonel Bruce Murphy, the president of Centenary University. Together, the couple are strong champions of veterans and their families, emphasizing the need to increase access to higher education and mental health services that help veterans acclimate to civilian life after a career in the military.

Centenary University has a proud history of providing programs that support veterans and enlisted service members. Recent additions include the establishment of the CMSgt Richard Etchberger Scholars Program, a partnership with the Community College of the Air Force that provides a pathway for active duty air and space personnel to earn their associate and bachelor’s degree, as well as the Marilyn Lewis Jenkins ’51 Endowed Scholarship, established through the generosity of former CDR John S. Jenkins, Jr., JAGC, USN, to assist active duty or retired service personnel and children of military families to afford a college education at Centenary.

The University has a highly-regarded Office of Veteran Services and also offers a free riding program, Operation Centaur, for veterans to participate in equine classroom, ground activities, and riding, as well as to learn more about the relationship between horses and humans. 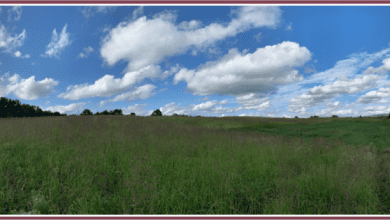 USPS: 2.5 days on average to deliver mail or packages across the nation